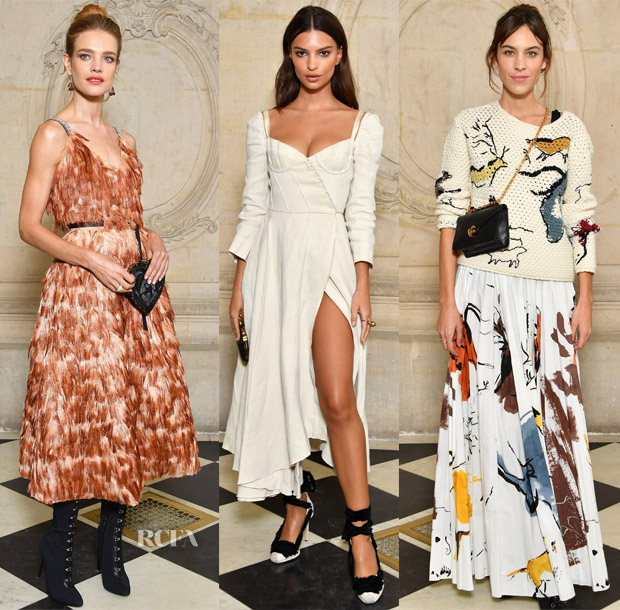 As could be expected, the Christian Dior Spring 2018 fashion show brought together a number of beautiful femmes to celebrate the new collection during Paris Fashion Week on Tuesday (September 26).

Natalia Vodianova: While we’ve seen the signature ‘ChristianDior’ straps on dresses before, I loved the beaded variation employed on this Dior orange feather dress that delivered the best of both worlds between whimsy and elegance. Giuseppe Zanotti ‘Janice’ black suede corset booties and a black velvet ‘Le Coeur de Dior’ bag rounded out the look with an edgy-Victorian, fall spirit.

Emily Ratajkowski: Opting to not wear Dior, Emily donned a Brock Collection Resort 2018 dress that walked the line between romantic softness and seduction with its corsetry bodice and thigh-high slit. The look was styled with Altuzarra D’Orsay canvas pumps.

Alexa Chung: The writing was on the walls—or the sweater and skirt—with this Christian Dior ‘Lascaux’ print ensemble that was inspired by the Paleolithic cave paintings in Lascaux, France. She also wore Dior black booties and a black glazed calfskin ‘C’est Dior’ flap bag to complete the artsy, casually sophisticated statement. 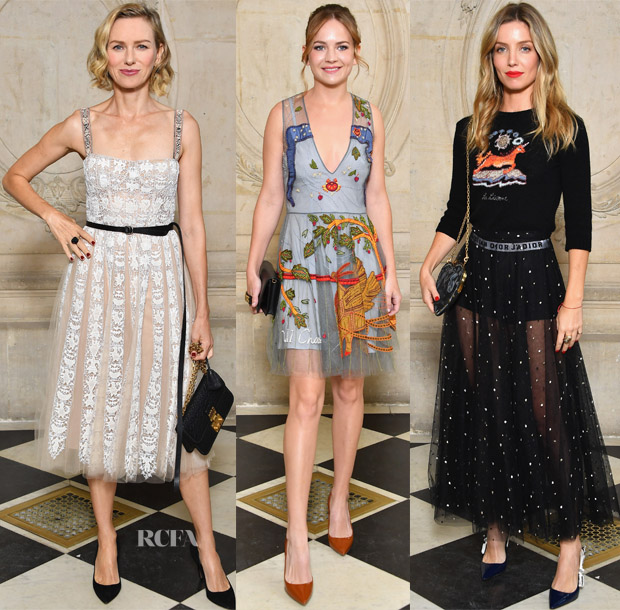 Britt Robertson: Speaking of girly frill, Britt took it a few steps further in her playful Christian Dior blue tulle embroidered frock styled with Dior brown leather pumps and a black ‘J’adior’ bag, which I would have swapped for a more complementary colour to the dress.

Annabelle Wallis: As the sheer trend lives on towards the fall season, Annabelle provided a compelling version of the look with her Christian Dior black cashmere, embroidered sweater and black tulle embroidered skirt with the Dior briefs styled with ‘J’adior’ slingback heels and a ‘Le Coeur de Dior’ bag. Even though this was sheer, it felt fresh with the punchy combination of pieces—from the fun whimsy of the sweater to the sparkling sultriness of the skirt. 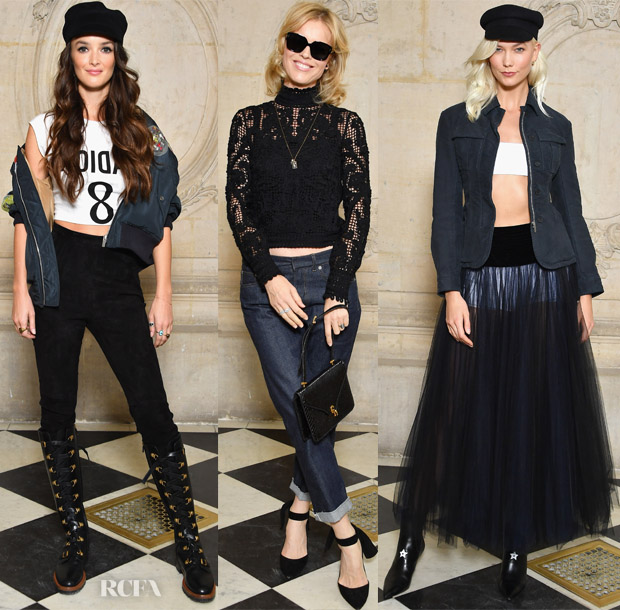 Karlie Kloss: With a highly stylized statement, the model brought together a Christian Dior navy cotton jacket with a black sheer skirt for the ultimate juxtaposition between tailoring and tulle. When I look at this ensemble, I wonder if the white bralette with ‘Christian Dior’ straps and white viscose panties would have been better swapped out for the black variation. Dior leather boots, a Dior cashmere beret, and a Dior black and gold ‘D-fence’ mini saddlebag completed the look. 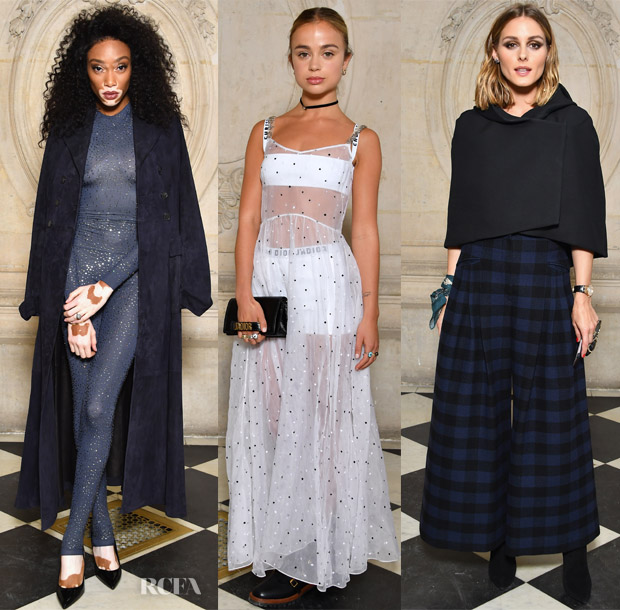 Winnie Harlow: Dior’s version of a glam catsuit was realized in this blue silk embroidered jumpsuit. As the piece was like a second skin, with Marvel superhero connotations, Winnie opted to wear it with a blue suede Dior coat to formalize it a bit, with Dior black patent leather slingback heels to round out the ensemble.

Lady Amelia Windsor: The ubiquitous logo bra and briefs were fully seen and celebrated in this Christian Dior sheer dress. While the see-through component will likely turn some off of the look, it was the strange seaming through the bodice and midriff that likewise proved a bit bothersome to me.

Olivia Palermo: Keeping it quite classic and all covered up, Olivia was traditionally chic in her Christian Dior navy wool and silk top with navy check pants. I love the play on proportions here, with a bit of quirky personality added via the Dior blue cotton and cashmere bandana, tied round her wrist, with black suede boots finishing the look. 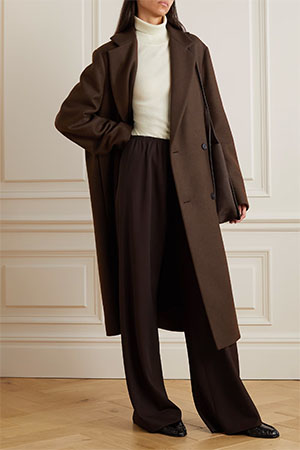 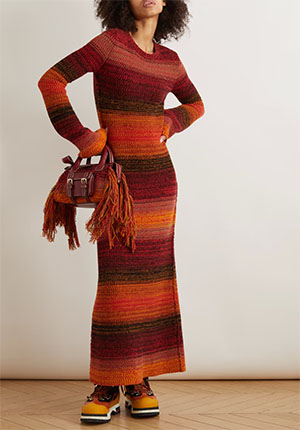 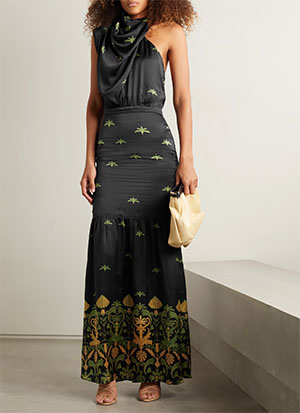 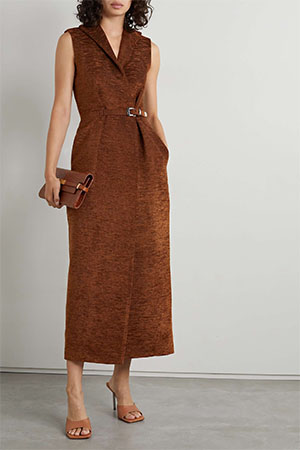 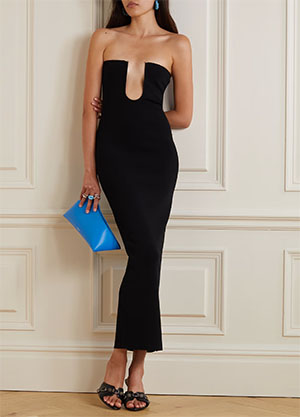 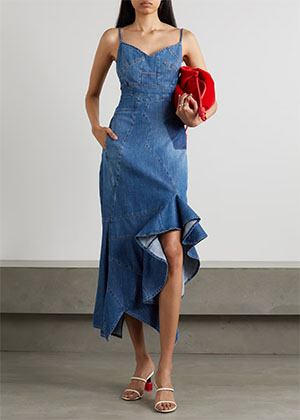 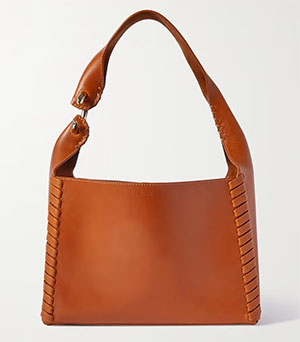 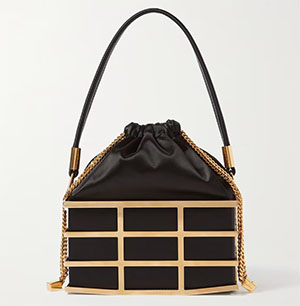 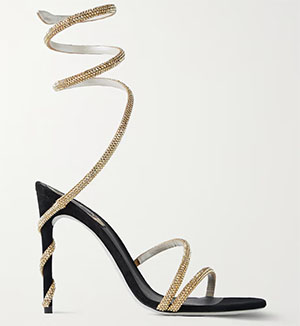 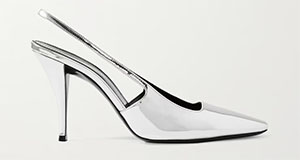