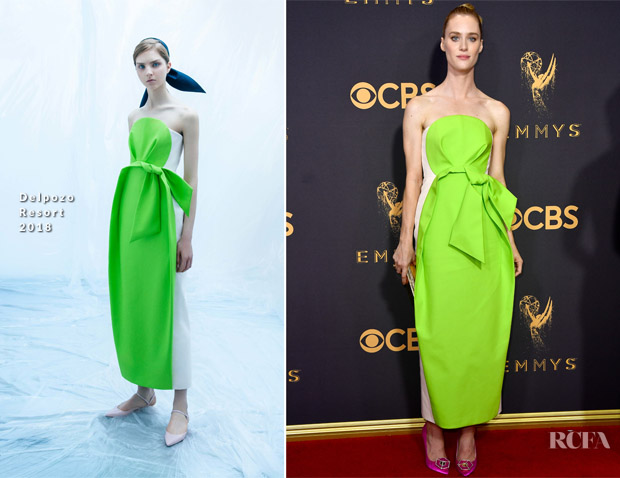 It’s been awhile since we’ve seen Mackenzie Davis on the red carpet, but she ensured no one missed her entrance at the 2017 Emmy Awards on Sunday (September 17) in LA.

I had to shield my eyes just a bit upon first seeing her, so intensely bright was the neon-green front panel of her Delpozo Resort 2018 colour-block dress.

But, I quickly made myself adjust to the blaring hue, as the look was captivating—and not just for its glow-in-the-dark sensibility.

The unique architectural drama of a Delpozo design was captured here in the directional structure of the tie-front dress, which was only enhanced by her sleekly mod updo.

As for the magenta Nicholas Kirkwood embellished pumps, they were probably unnecessary as one bright hue was plenty. But, I do like that she didn’t play it safe—or wear a black pump.