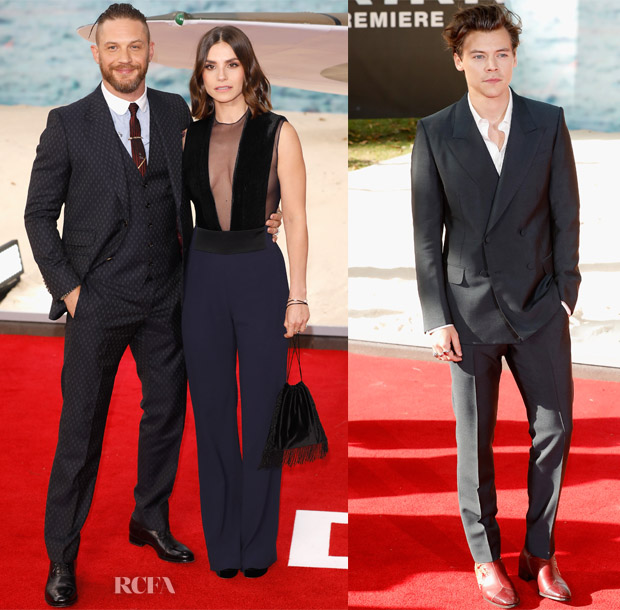 The ‘Dunkirk’ world premiere was held on Thursday (July 13) in London; here, a roundup of the red-carpet entrances.

Tom Hardy: Not content to resort to a standard suit for the high-profile premiere, Tom looked to Gucci for this midnight-blue three-piece ‘Monaco’ suit that featured an all-over diamond-print. With his striped tie and shirt and the contrasting pocket square, I feel as if he could have probably done without the tie clips. Christian Louboutin shoes rounded out his suave statement.

Charlotte Riley: I was thrilled to see Charlotte in the Galvan jumpsuit from the Pre-Fall 2017 collection that Shay Mitchell previously wore in a different colourway. The piece presents so much better in the singular shade, as she was modern elegance personified here—while smartly coordinating in hue with husband Tom’s midnight-blue look.

Harry Styles: Harry makes his acting debut in ‘Dunkirk,’ and he dressed to impress for his red-carpet premiere in a custom Gucci double-breasted suit that may have been tamer than his penchant for bold, colourful looks. But, it still had all of his eternally cool, sartorial nonchalance. I love how he finished the ensemble with the burgundy-red boots that were another nod to his signature style. 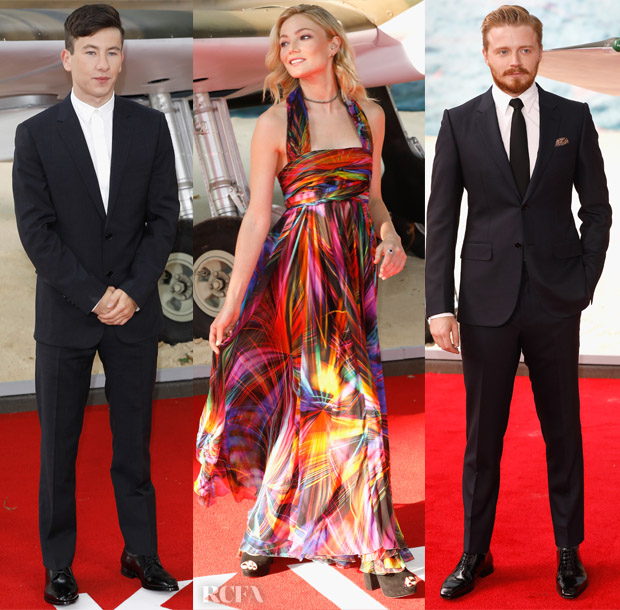 Barry Keoghan: The Irish up-and-comer wore a handsome Dior Homme suit that precluded the need for a tie given the crisp structure of the white shirting. He completed the look with Dior derbies.

Clara Paget: With a swirl of kaleidoscope hues, Clara gave this Chanel Spring 2017 gown its second outing after Astrid Berges-Frisbey previously wore it earlier this year. But I will never complain of seeing such a colourful delight twice. What I will nitpick is the clunky shoes that killed the billowy vibe.

Jack Lowden: Impeccable tailoring always sweeps me off my feet, and that’s just what this dunhill suit did.

Charlotte Riley In The Vampire’s W...