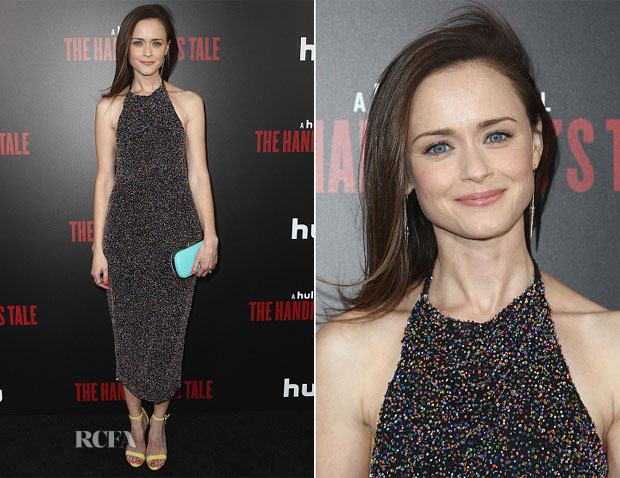 Alexis Bledel joined Madeline Brewer and Elisabeth Moss at the LA premiere of ‘The Handmaid’s Tale’ on Tuesday (April 25).

I had to smile at this Cushnie et Ochs beaded dress, which looked as if pops of teeny rainbow confetti had exploded all over it.

Keeping with the lighthearted theme, she embellished the look further with a bright turquoise clutch and lemony-yellow sandals. Just one or the other would have been fine by me, but I love that she embraced the bright hues.

Some of you thought her previous premiere dress at the 2017 Tribeca Film Festival was too dark for the season. How does this one fare?