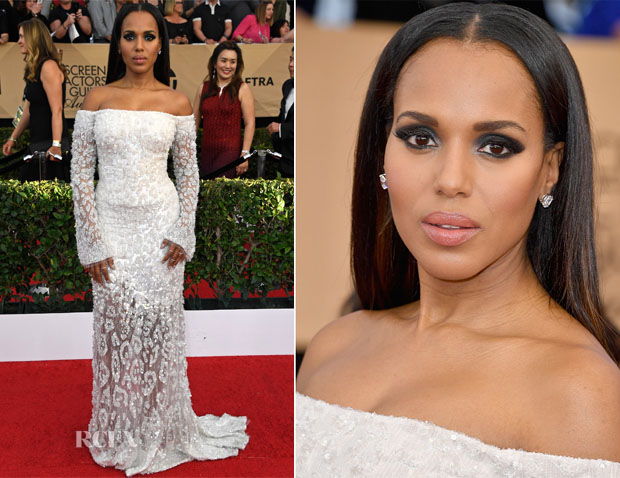 The actress, who is nominated for Outstanding Performance by a Female Actor in a Television Movie or Limited Series for her role in ‘Confirmation’, wore this off-the-shoulder white confection from Cavalli Couture.

Kerry always sparkles and shines on the red carpet, showing off her innate sense of style, and although we’ve seen her in shorter dresses of late, this t0-the-floor gown, with its white crystal leopard print design, is spectacular on her!

The swept back hair, dramatic dark eye and simple jewellery only added to the drama of this dress.