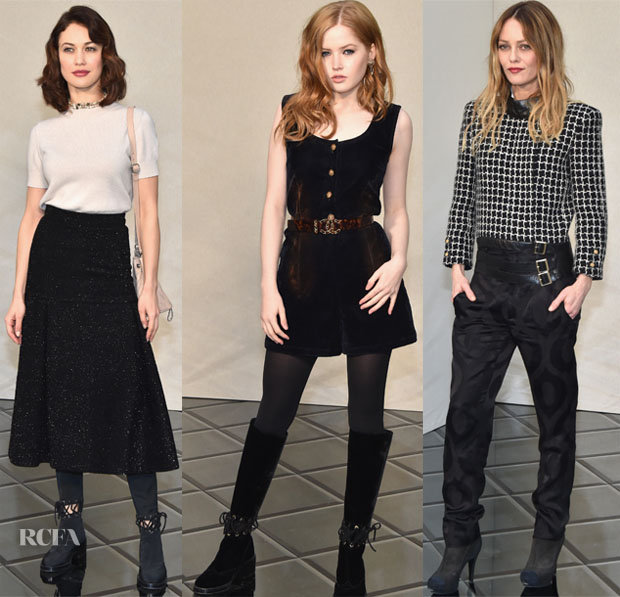 Olga Kurylenko: She left the jumpsuits behind for this look that saw her epitomize casual Parisian charm in a Chanel short-sleeve sweater and Chanel black tweed skirt. A Chanel bucket bag along with a choker necklace and drawstring boots completed the relaxed-luxe look.

Ellie Bamber: Wearing the same boots as Olga, the young British starlet went for an edgier outing in a Chanel velvet romper topped off with a Chanel belt and tights.

Vanessa Paradis: The French star took a stricter style stance in her Chanel tweed jacket top and embossed trousers that translated as a rather severe silhouette, mostly due to the emboldened structure in the shoulder.