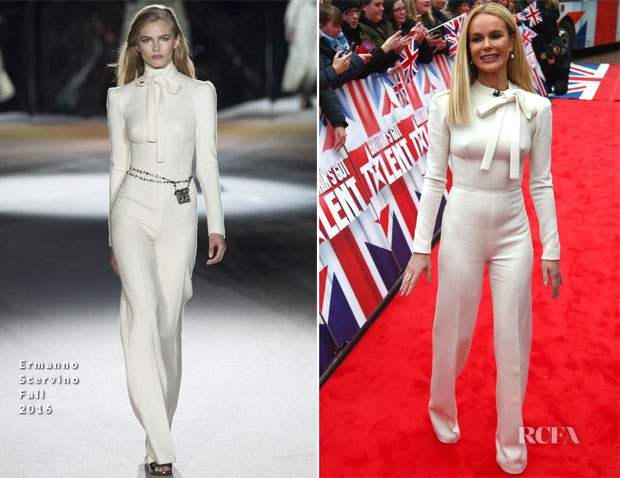 Amanda Holden was at the ‘Britain’s Got Talent’ Blackpool auditions on Wednesday (January 18) in London.

As one of the show’s judges, she wore an Ermanno Scervino Fall 2016 bow-accented jumpsuit with Annoushka jewellery.

Despite its covered-up silhouette, the one-piece left little to the imagination with its overly snug silhouette that was only amplified given its creamy white colour. Had this been a darker hue, it would have likely been less apparent.

That said, the look would have been more flattering in a fit tailored to Amanda along with some form of a belt at the waist, as originally presented.

The Pride Of Britain Awards 2017