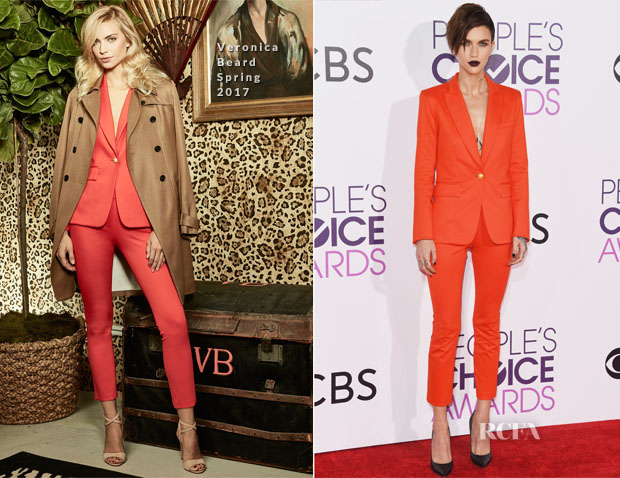 Commanding attention in a Veronica Beard Spring 2017 red-orange, tailored-to-perfection pantsuit, she seemingly paid homage to the ‘Orange Is The New Black’ series in which she gained popularity.

This is an example where menswear as women’s wear shows its sexy strength. As striking as the outfit was, even more impactful was her beauty, beginning with her edgy, tousled ’do.

But it was that intense burgundy oxblood lip that really captivated; it’s an all-grown-up version of goth and undoubtedly left more than a few obsessed with the shade.