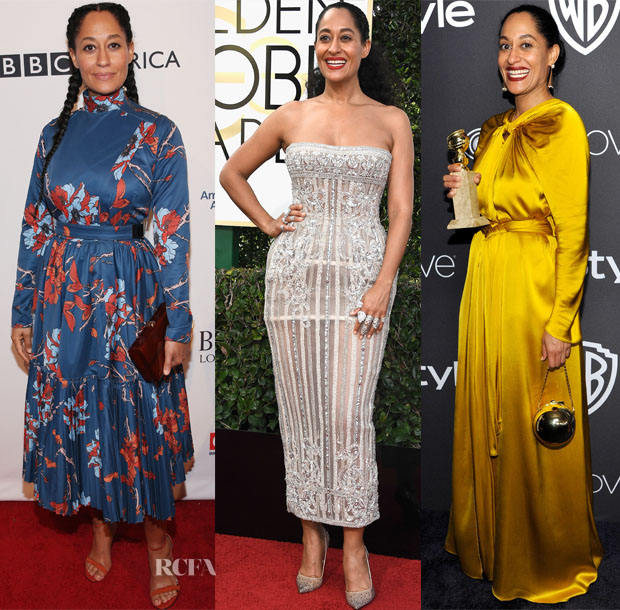 Tracee Ellis Ross attended the BAFTA Tea Party at the Four Seasons in Los Angeles on January 7, 2017 before having a grand night at the 2017 Golden Globe Awards on January 8 that had her winning Best Actress in a TV Comedy for ‘Black-ish.’

BAFTA Tea Party: The actress marched to the beat of her own drum in this Polite floral-print mock neck pleated dress. From the waist down, the look was fine enough. Unfortunately, the long-sleeved top half proved to be unflattering and cumbersome with too much fabric coverage.

2017 Golden Globe Awards: It’s our first Zuhair Murad sighting of the year, as Tracee worked the sheer trend in this strapless, corset Spring 2016 Couture gown from the designer known for embellished, sexy statements. Her fingers were nearly more clothed than she, as she stacked on all manners of rings to round out the look.

Golden Globe Awards Party: Wearing a loose-fitted Paule Ka dress for the Globes parties, my feeling once again is just too much fabric. The colour is great, the ball clutch is a cute touch, but I feel like this dress is overwhelming Tracee. 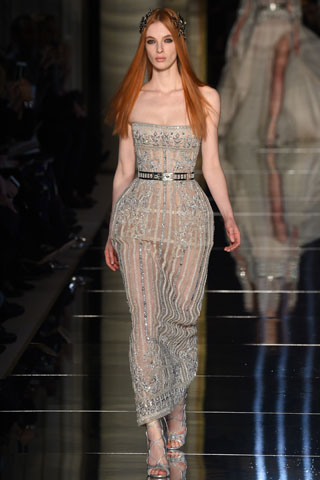