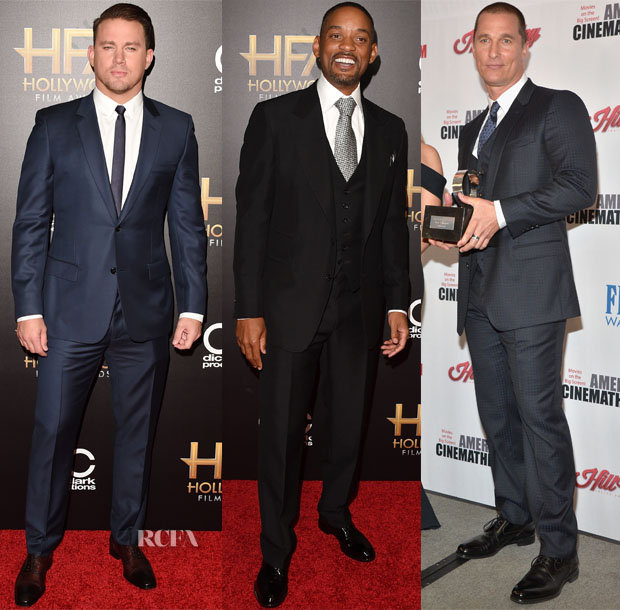 With the 19th annual Hollywood Film Awards hosted over the weekend on Saturday (November 1) at The Beverly Hilton Hotel in Beverly Hills, California, not to mention the Cinematheque Award a few days earlier, a solid set of men were out in force.

Channing Tatum: At the Hollywood Film Awards, the actor was suitably dapper in a navy-blue Dior Homme two-button notch-lapel suit paired with a white cotton dress shirt and navy satin tie for a simple and sharp finish.

Will Smith: Also at the Hollywood Film Awards, Will wore a black three-piece suit that likely would have looked a lot more modern had the geometric tie been an inch or two thinner.

Matthew McConaughey: Matthew (and his buzz cut) were attired in a Dolce & Gabbana three-piece ensemble at the 29th American Cinematheque Award Honoring Reese Witherspoon at the Hyatt Regency Century Plaza in Los Angeles, California on Thursday (October 30). The real beauty of this suit was the subtle, embossed patterned effect of the suit. 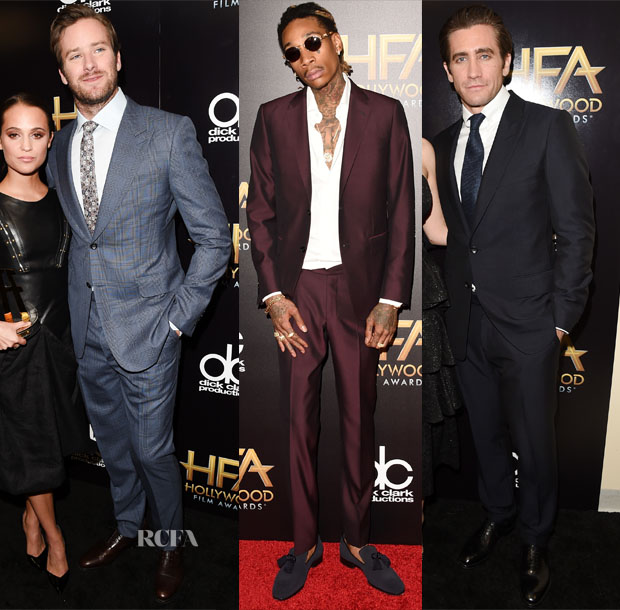 Armie Hammer: Demonstrating the right way to mix patterns, he made a handsome showing in a Dunhill blue check, peak-lapel suit and mod geometric tie at the Hollywood Film Awards.

Wiz Khalifa: Rapping to his own style tune, Wiz struck a pose in a richly hued nightshade Ermenegildo Zegna suit and tasseled slippers. Clearly the white dress shirt was left unbuttoned for the tattoo art, but it likewise created a more careless effect for the Hollywood Film Awards.