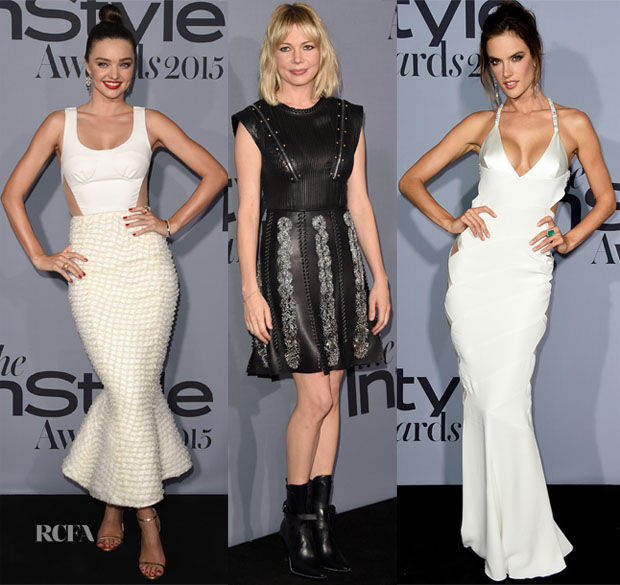 Many more beauties (and one token lad) joined the mix at the 2015 InStyle Awards, held at the Getty Center in Los Angeles, California on Monday (October 26).

Miranda Kerr: Unfortunately, the flirty spirit of the supermodel’s Ulyana Sergeenko mermaid-inspired design was compromised by the unusual bodice and faux cutouts with white seam lines that turned the top half into something of an ice-skating costume. Jimmy Choo metallic sandals and a fun topknot rounded out the look.

Michelle Williams: Channeling her inner rocker girl, Michelle donned an edgy Louis Vuitton ensemble that brought leather, laces studs, and embellishment to the party. Rather than opt for a black sandal, she kept the tough-chic theme going strong with her shoe-boots, messy hair and kohl-rimmed eye makeup. It may have been a bit much, but it all certainly translated more effectively than Selena Gomez’s Louis Vuitton effort.

Alessandra Ambrosio: While Alessandra’s skin-baring side cutouts were real instead of illusion-lined, this Alexandre Vauthier Couture white plunge gown was just more of the same from the supermodel who never met a cutout she didn’t like. A Lee Savage clutch completed her typically sexy look. 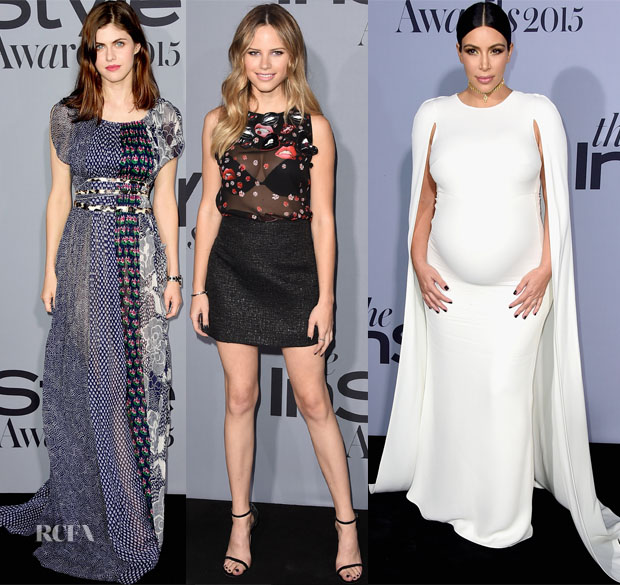 Alexandra Daddario: A patchwork, multi-patterned gown such as this Diane Von Furstenberg design really needs a sleeker, pulled-back hairstyle to elevate it into more sophisticated territory. Plus, it would have been a lovely way to even more strongly draw attention to her great fuchsia lip.

Halston Sage: The young starlet wore a Giambattista Valli dress that brought a sexy edge to the spirited quirk of the dimensional lips and ladybugs. But the top would have fared just as well had it not been sheer.

Kim Kardashian: Relying on a familiar cape-style silhouette that we’ve seen before, Kim outfitted her burgeoning belly in this Valentino gown. While it was a bit too tight for comfort, I do wish she had maintained its sleek minimalistic nature by skipping that choker necklace. 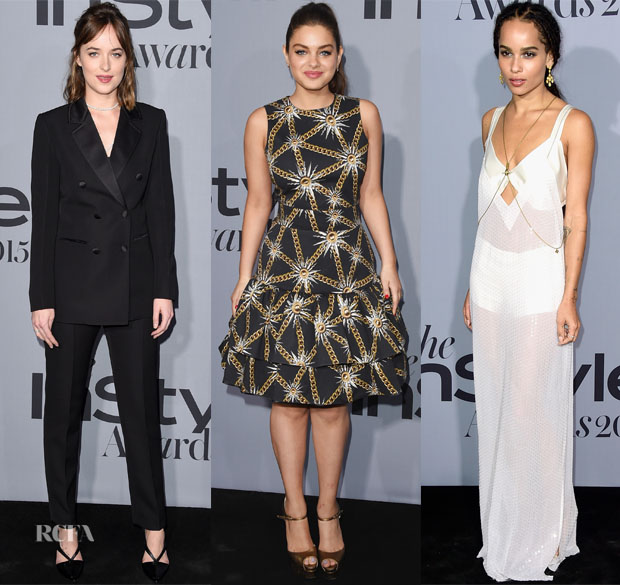 Dakota Johnson: Putting her best androgynous foot forward, the actress suited up in a Louis Vuitton double-breasted jacket and trousers. I didn’t favour her messy hair styling on this occasion as it seemed a mere afterthought to the tailored ensemble.

Zoe Kravitz: Again relying on sheer elements, Zoe donned a white Calvin Klein Collection Spring 2016 gown styled with Chopard jewels and a body chain. I simply cannot find any appeal in this look—from the ill-fitting and sagging silhouette to the pair of white hot pants underneath. 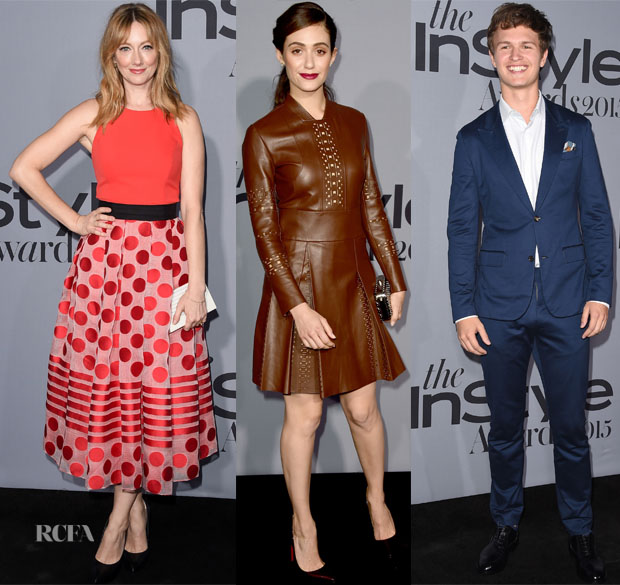 Judy Greer: I loved the rosy coral and red hues presented in this Sachin & Babi Noir frock that also featured a playful mood with polka dots and stripes. The white Lee Savage clutch and black pumps killed that mood so it’s better to ignore them.

Ansel Elgort: While the navy-blue shade of this Louis Vuitton suit was on point, the ensemble as a whole seemed a bit rumpled. The unbuttoned, tie-less shirt didn’t help matters.