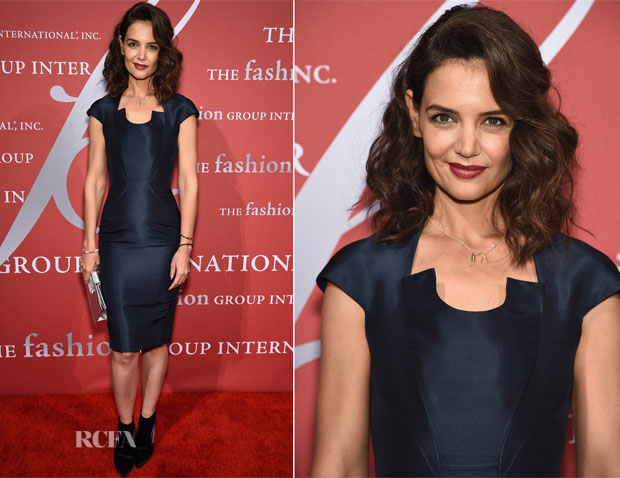 Katie Holmes attended the 2015 Fashion Group International Night Of Stars Gala at Cipriani Wall Street on Thursday (October 22) in New York City, where she was on hand to present an award to Roger Vivier’s Bruno Frisoni.

The actress wore a midnight-blue Zac Posen dress with contoured seams which should’ve resulted in a figure-flattering fit, but unfortunately the dress appears to be a size too small.

Katie styled her look with a Roger Vivier silver clutch and ‘Marlene’ velvet booties which really didn’t go with the look.

Only loving this from the neck up.