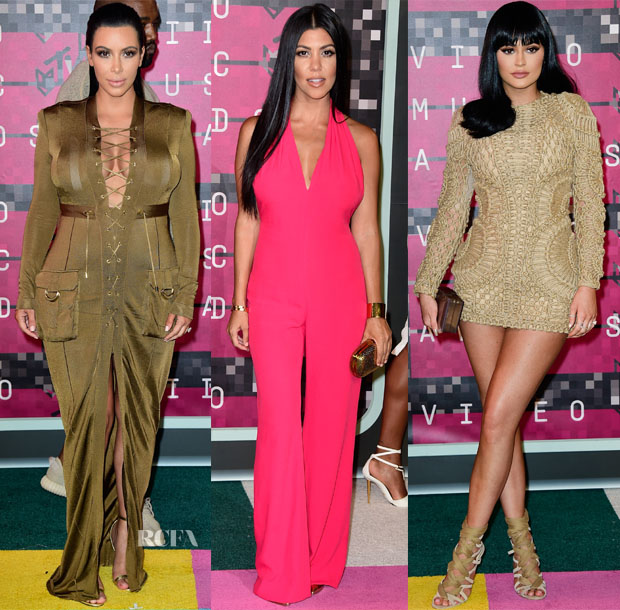 The reality TV trio were, of course, all decked out in Balmain.

Kim Kardashian: I want to put this ill-fitting, ill-thought out Balmain Resort 2016 look down to pregnancy brain, but we all know she was making these same types of wrong decisions for her red carpet looks long before she was with child.

Kourtney Kardashian: Not surprisingly Kourtney is the only one who looks good out of this trio. Sexy and simple, she totally nailed her red carpet look in this hot-pink Balmain Resort 2015 one-piece.

Kylie Jenner: Between the length and the heavy fabrication, this Balmain Resort 2016 dress would’ve left little to the imagination once she sat down. Fingers crossed she wore the right underwear. 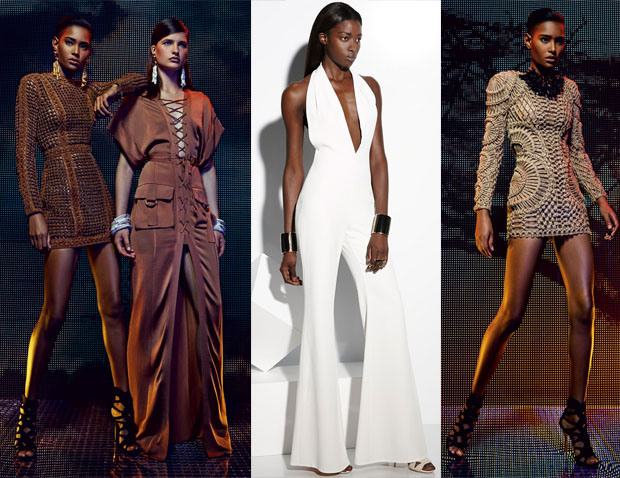