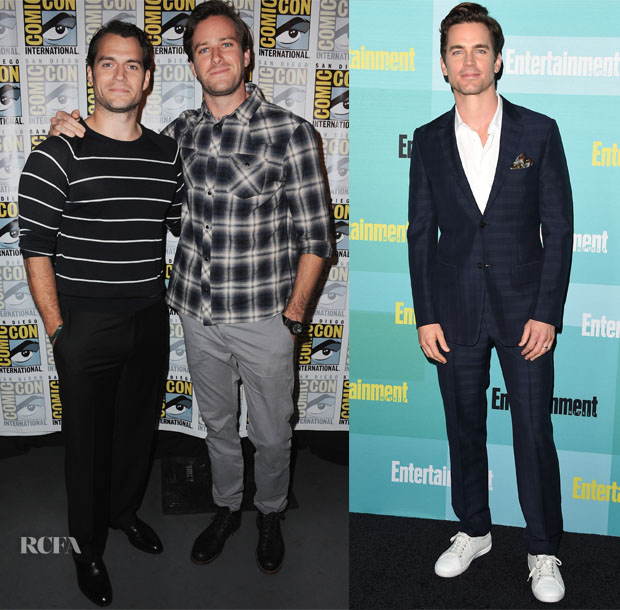 With Comic-Con 2015 held last weekend in San Diego, California, plus the ‘Ant Man’ premiere across the country in New York, the guys were out in force for the events.

Henry Cavill: Attending ‘The Man from U.N.C.L.E.’ Comic-Con panel on Saturday (July 11), the actor struck a casual-cool chord in a dunhill ensemble that riffed on nautical striping.

Armie Hammer: Taking the relaxed vibe even further, Armie joined Henry at the panel in an AllSaints ‘Ballast’ plaid shirt, gray denim, and boots for a handsome lumberjack effect.

Matt Bomer: Achieving the right balance between dressed-up and dressed-down, the actor ensured his polished Ermenegildo Zegna Couture navy suit still had a sporty, laidback edge at the Entertainment Weekly Comic-Con Party on Saturday (July 11) at FLOAT at The Hard Rock Hotel. For that reason, the unbuttoned white dress shirt and white sneakers worked on this occasion. 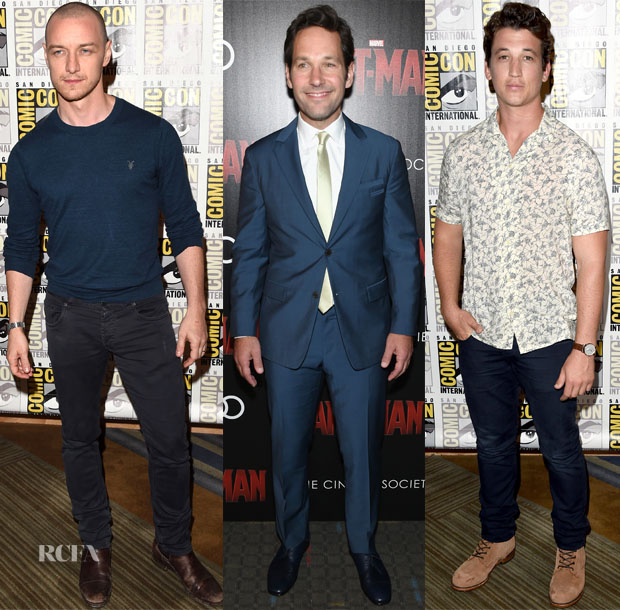 James McAvoy: I seemingly forgot that James has shaved his head for ‘X Men: Apocalypse,’ as I barely recognized him. He has an all-new tough-cool appeal bolstered by a simple yet effectively well-suited ensemble consisting of an AllSaints ‘Rosso’ sweater, dark denim jeans, and ruggedly aged boots at the 20th Century FOX Panel during Comic-Con.

Paul Rudd: The most formally dressed of the bunch, Paul suited up for the New York premiere of ‘Ant Man’ on Monday (July 13), where he wore a blue Salvatore Ferragamo look with a yellow silk tie. I wish the jacket had fit him better around the waist.

Miles Teller: Also rocking an AllSaints shirt and jeans at Comic-Con, the actor attended the ‘Fantastic Four’ panel looking appropriately casual albeit easily forgettable. I did like the shirt’s graphic print for an added touch of attitude.

Allsaints Outlet. Get Up To 70% Off