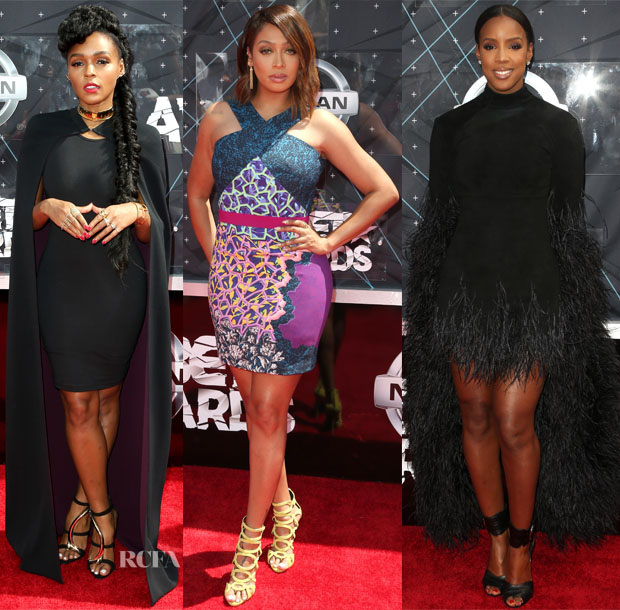 Here is a roundup of the a few more of the attendees from Sundays (June 28) 2015 BET Awards.

Janelle Monae: If it’s got a cape on it, Janelle will wear it. This SAFiYAA cape look is just one of many the singer has donned recently.

La La Anthony: The TV host was one of the few who nailed it at this event. While her Peter Pilotto colourful dress was a shorter re-run from Cindy Crawford’s look from last week, at least this look was season appropriate complete with yellow Giuseppe Zanotti sandals which can’t be missed.

Kelly Rowland: I mean? What the hell is this? Was Kelly trying to audition for ‘Black Swan 2’? This Lever Couture was tragic on so many levels. Too many to count. 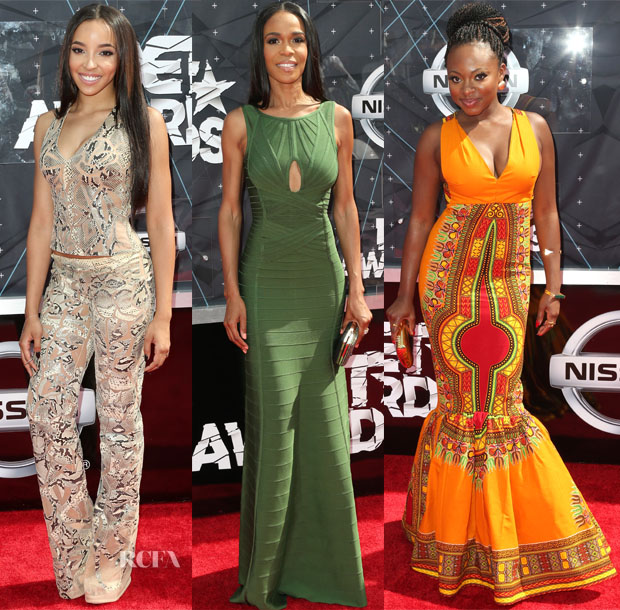 Tinashe: The singer slithered her way on the carpet in an archival Atelier Versace snakeskin on tulle Haute Couture ensemble from Decades.

Michelle Williams: While I am not a fan of Herve Leger dresses any more due to their rather dated feel, I really like how elegant Michelle looks here.

Naturi Naughton: Now this is how you stand out. The actress wore an African-inspired print creation from Mind of Kye. Fits like a glove. 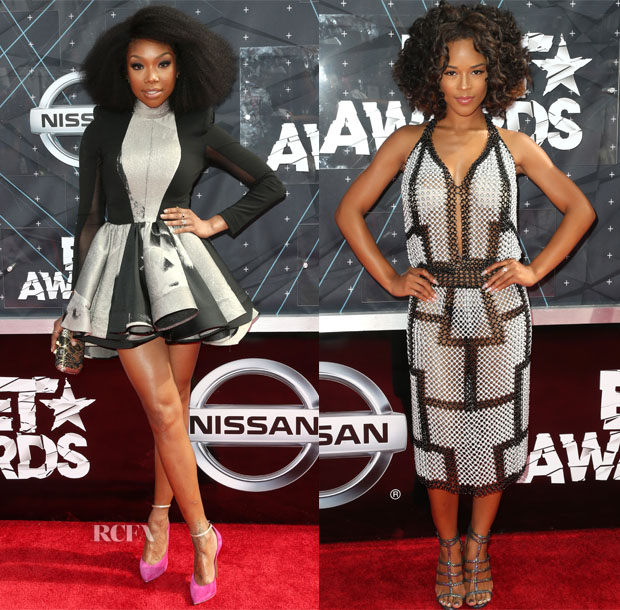 Brandy Norwood: The dual colour Michael Costello dress was not the right look for Brandy. Too dull for her bubbly personality and I hate the high on the neckline.

Serayah: The ‘Empire’ star was also one of the few I liked at this event wearing a halter House of Li Jon crochet dress styled with Zanotti sandals. 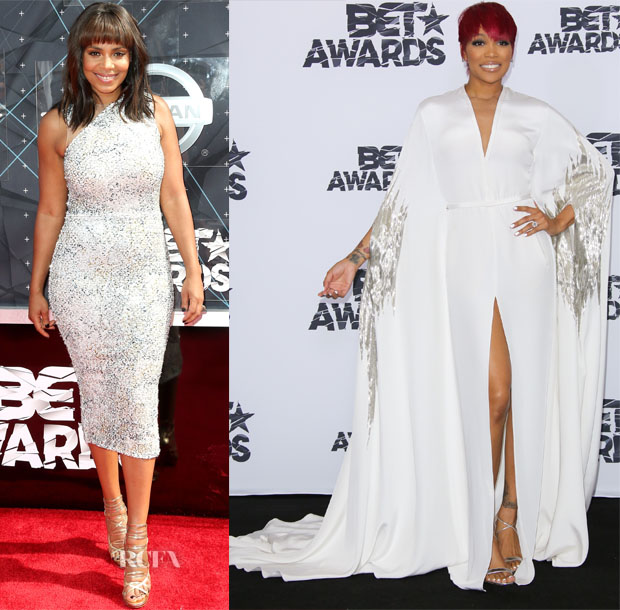 Monica: The singer was easily the best dressed at this event wearing a sleek Stéphane Rolland Couture cape gown. She had no competition at this poorly dressed event. 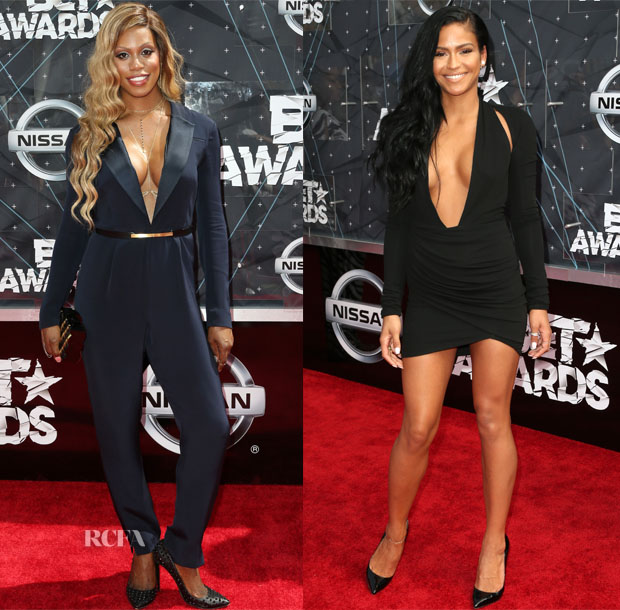 Laverne Cox: This might just be the first time I have seen Laverne in a jumpsuit. As the actress has a penchant for glamorous gowns – and who can blame her. Laverne carried off this Dmitry Sholokhov one-piece with plenty of sass-appeal.

Cassie: This is surprisingly basic for Cassie.