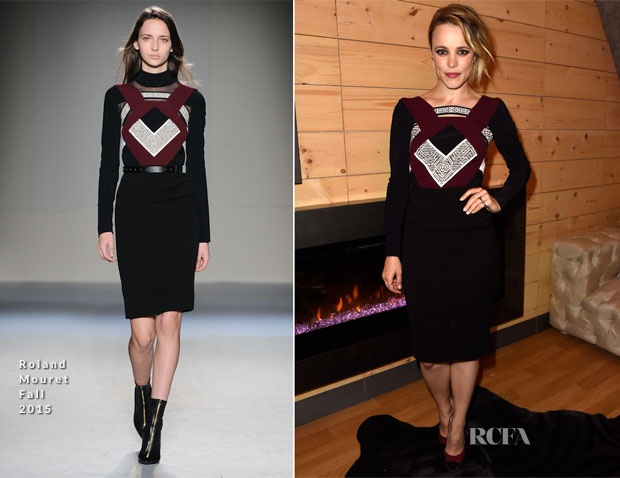 The beautiful shaping was such that the frock didn’t need the runway’s belt, and I was glad to see that the original turtleneck design had been modified for seasonal appropriateness.

Her wavy, side-parted bob contributed to the edginess of the look, with matching colour-block heels completing the look.