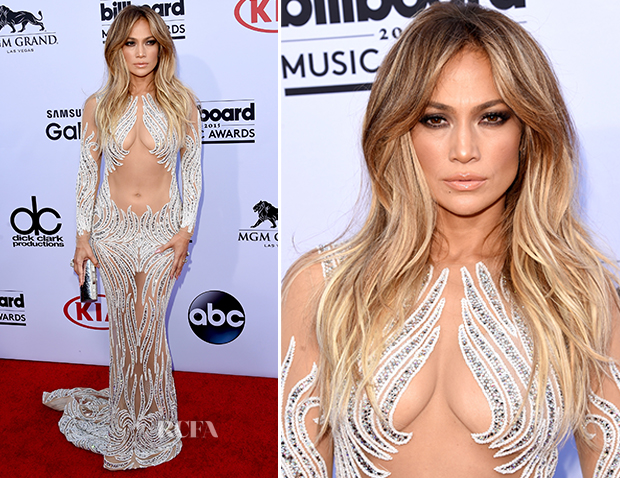 Jennifer Lopez took her place on the red carpet of the 2015 Billboard Music Awards at the MGM Grand Garden Arena in Las Vegas, Nevada on Sunday (May 17).

Her whirlpool of predictable, one-note looks has created a constant, dizzying state of déjà vu that now only has me wishing for an escape from the sheer madness.

Again checking all the boxes on see-through, shine, and overt sexiness, this particular dress was only distinctive in that the entire midsection was on display.

No matter how taut her tummy, it still renders as rather try-hard and tiresome. Next.