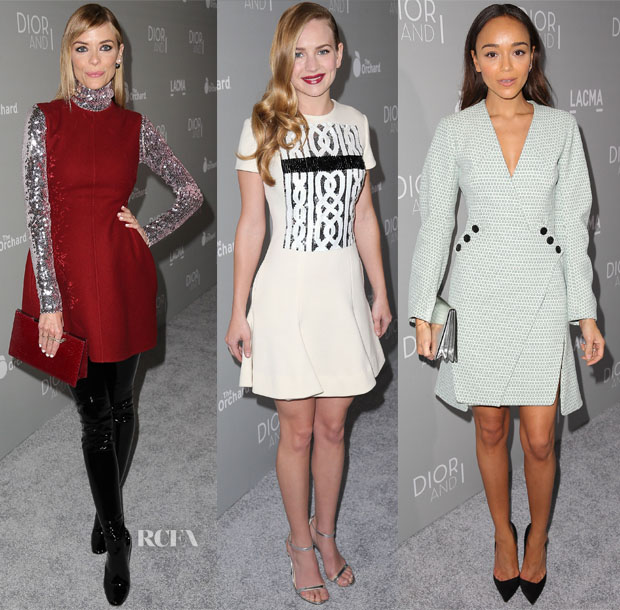 A chic set of Dior-clad darlings were at the Los Angeles premiere of The Orchard’s ‘Dior & I’ held at LACMA on Wednesday (April 15) in Los Angeles, California.

Jaime King: The pregnant actress was positively radiant in a Christian Dior Pre-Fall 2015 red wool dress that received the glitter treatment with a pink sequin top. She also wore a Dior matching red clutch, Dior black patent boots, and Dior pearl earrings. I can’t help smile at this happy look and its retro flair—right down to the bubblegum-pink lip.

Ashley Madekwe: Dressed in a Dior Spring 2015 white and green jacquard cotton coat dress, she accessorized with a Dior clutch, black Dior pumps, and Dior earrings. The flash of silver metallic in the bag added a spark to the more angular, structured lines of the dress with minimalistic makeup completing the directional look. 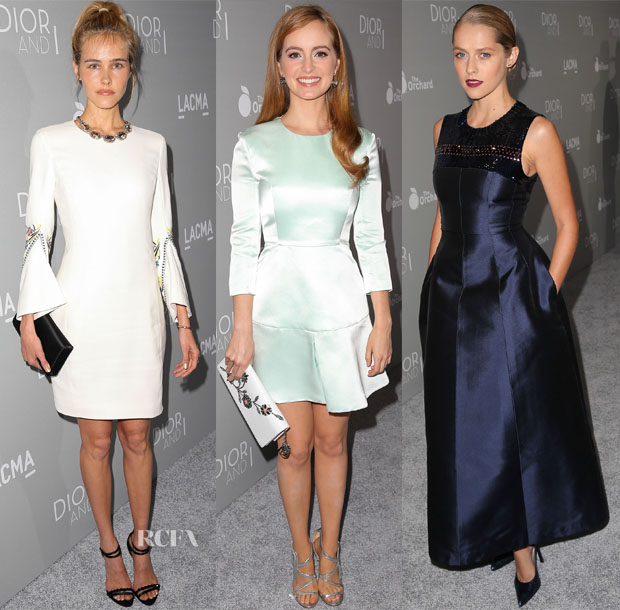 Isabel Lucas: The Aussie star’s Dior white silk cadi dress featured a touch of romanticism via embroidered bell sleeves. While I take no issue with the accessories including a black Dior clutch, Dior sandals, and a Dior statement necklace, her ponytail ’do and unusually wispy bangs completely left me puzzled.

Teresa Palmer: Opting to go long, the actress was the most formal of the bunch in a Dior navy radzmir silk dress with a sequin-embellished bodice, dramatically elevated by an oxblood lip and sleek updo. Yet the overall effect was still effortless and graceful.