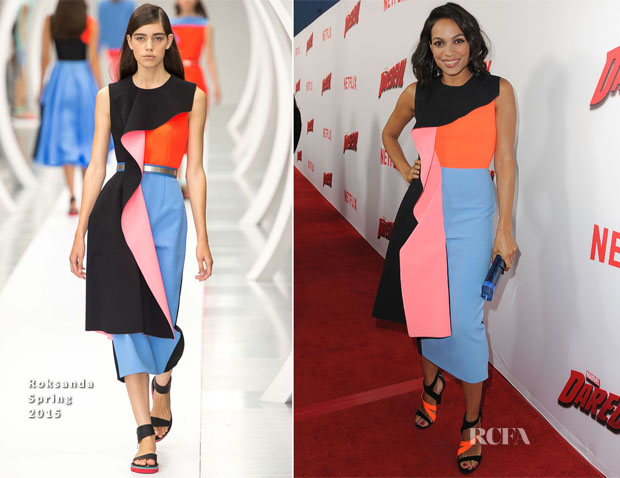 Rosario opted not to wear the dress with the runway belt, which I felt lends a sleek finish to the look.

Rosario’s Tamara Mellon ‘Tiger’ sandals also received the colour-block treatment, as did her Edie Parker clutch, and while I love the enthusiasm for colour-blocking here, I am also wondering is there such a thing as too much colour-blocking?

I’m undecided, as part of me thinks I would’ve preferred the shoes to have been a solid colour, feeling that they are somewhat upstaging the dress. 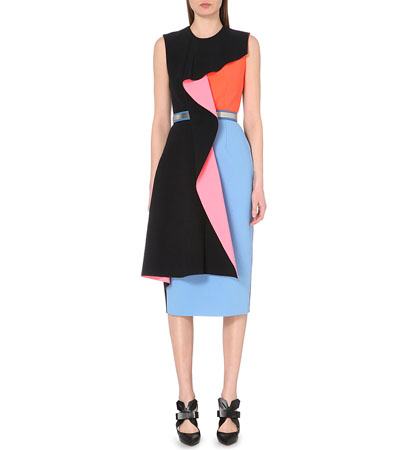