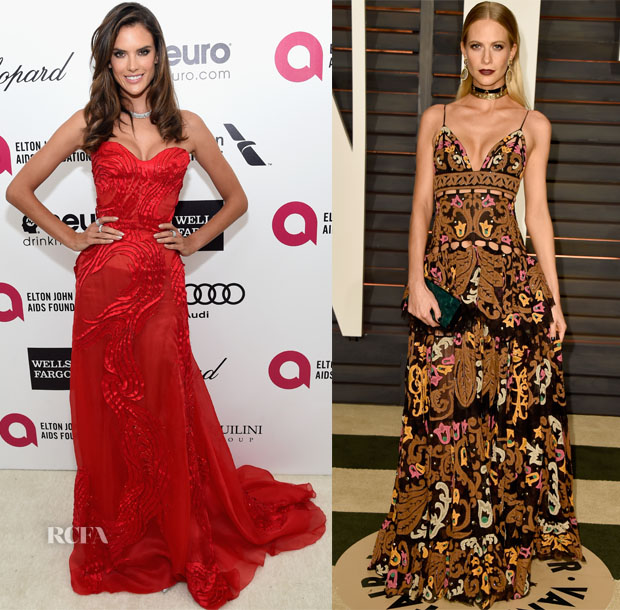 As always, there were plenty of models on hand to provide the glamour at the Oscar parties on Sunday (February 22).

Alessandra Ambrosio: I was surprised the model didn’t jump on the sheer train; instead she selected a glamorous red gown from the Atelier Versace Spring 2015 collection. This brand of sexiest from Alessandra I can totally get on board with.

Poppy Delevingne: The British model wears a lot of Pucci frocks, having a close relationship with the designer Peter Dundas, so I was surprised no one informed her that Natasha Poly had already worn this frock. Poppy made a great impact styling the look with a choker and deep plum lip. 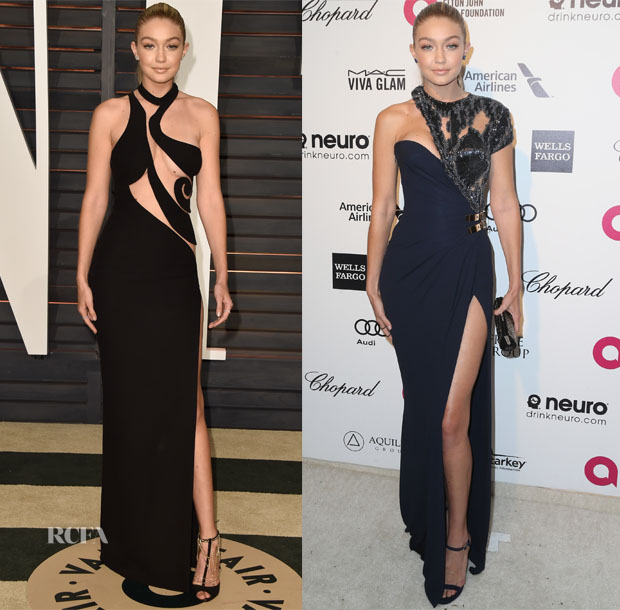 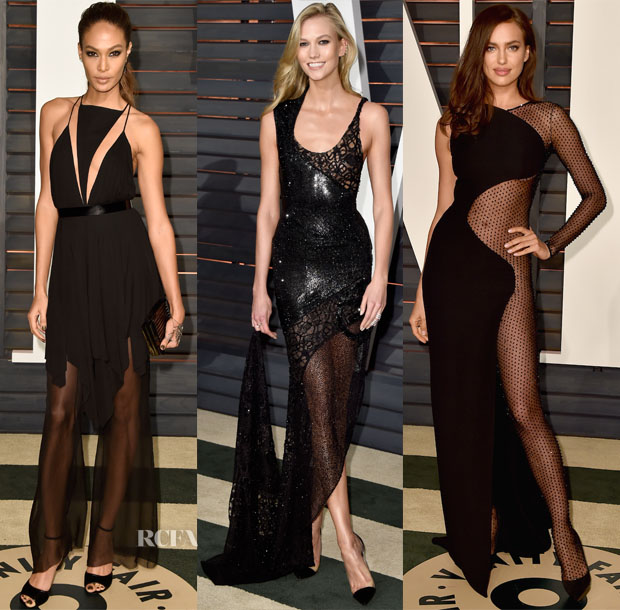 Karlie Kloss: The model was also part of the Atelier Versace-loving crew. I’m often bored by her red carpet style, but I’m glad to see that runway sass finally make its way onto the red carpet. I would’ve preferred sandals to her Gianvito Rossi pumps. 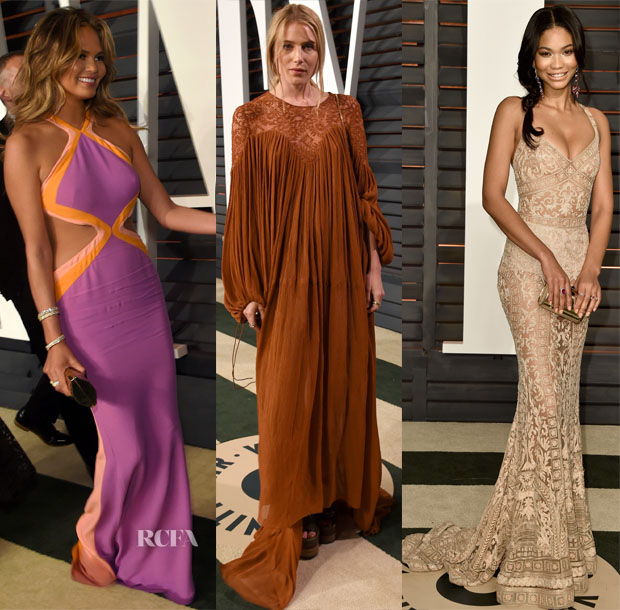 Chrissy Teigen: Opting not to stop for the cameras, the model is seen wearing an Emilio Pucci lilac, orange and coral silk halter-neck gown from the Spring 2015 collection, which has a beach holiday vibe.

Dree Hemingway: While I admire the model for sticking to her style in this Chloe Spring 2015 frock, it belongs in a tall grass meadow with buttercups and daisies blooming.

Chanel Iman: Having practised with gown after gown for every occasion, the model finally got her Oscar night moment wearing a nude Zuhair Murad Spring 2013 Couture gown for the occasion.