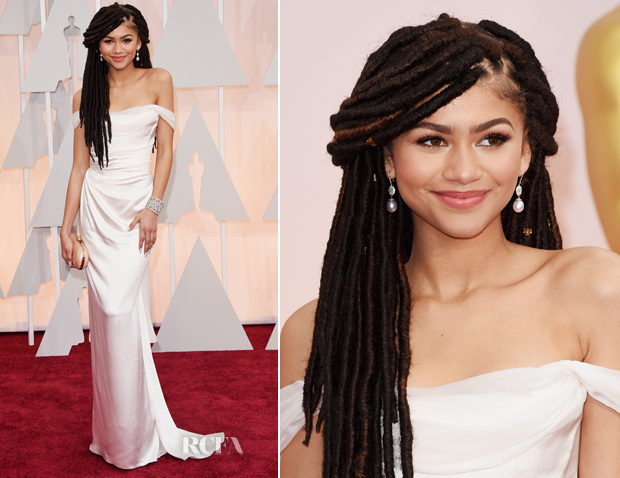 Zendaya Coleman was also at the 2015 Oscars, held on Sunday (February 22) at the Dolby Theatre in Hollywood, California.

She cut a statuesque profile in a Vivienne Westwood satiny off-white gown that featured the designer’s signature, period-inspired draped silhouette.

The off-the-shoulder detail, which fell into a sash at the back, created an elegant line with Chopard jewels also elevating the look.

While the dress was slightly mature for the young starlet, she attempted to add her own hip edge via a dreadlock-inspired ’do that ultimately nearly overwhelmed the more sophisticated—some may even say bridal—ensemble.

What do you make of her entrance?