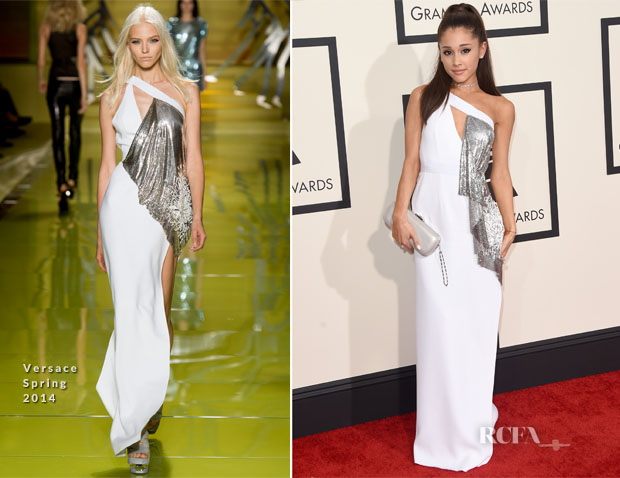 Although this was a more grown-up look for the young songstress, the mesh silver overlay added a youthful, pop-rock edge that we’ve grown accustomed to seeing on her and that we would expect at the Grammys.

Her signature high ponytail ’do was still present and accounted for, and while she kept her accessories to a minimum, I could have done without the choker necklace.

That said, had I seen this look from the neck down, I would have never guessed it was Ariana.

Ariana Grande Is The New Face Of Givench...