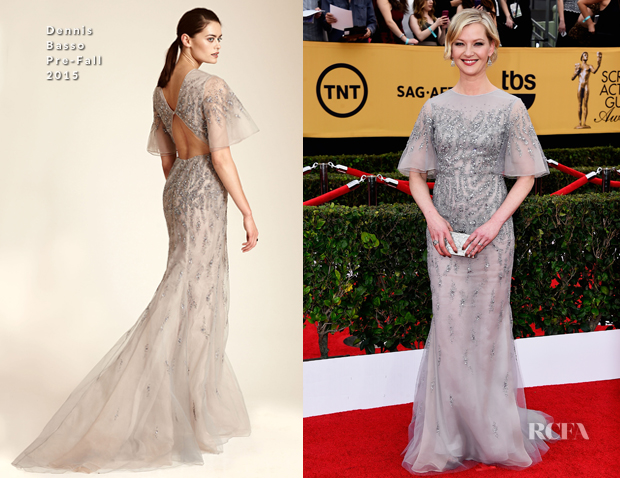 The ‘Boardwalk Empire’ star floated down the red carpet in a Dennis Basso Pre-Fall 2015 gown.

The actress looked feminine without appearing too saccharine in a silver-grey confection of chiffon dotted with sparkly accents and fluttery bell-shaped sleeves.

This look is perfectly chic with just enough sparkle, and I think the actress was sartorially wise to let the gown do the talking and keep accessories simple.

Are you on board with Gretchen’s gown?

Who Was Your Best Dressed At Entertainment Weekly’s SAG Nominees Party?