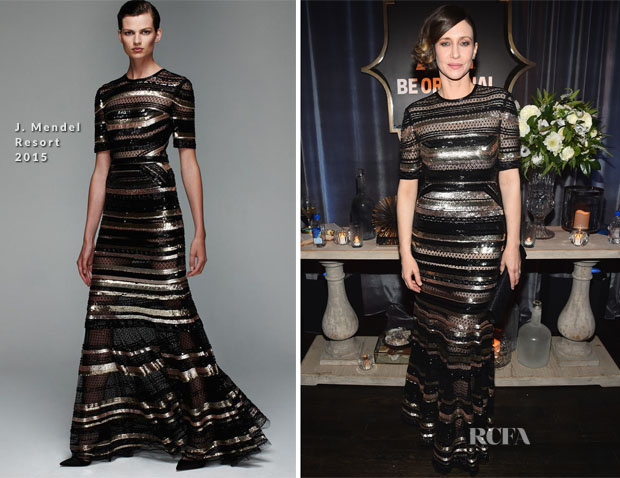 The actress, who was one of the presenters on the night, wore a J. Mendel Resort 2015 black and rose-gold embroidered cap sleeve gown with a streamline dramatic profile, which clings to the hips and relaxes into a flared skirt.

This look instantly made me think of her last red carpet look as it also features horizontal stripes, but this one has more razzle dazzle.