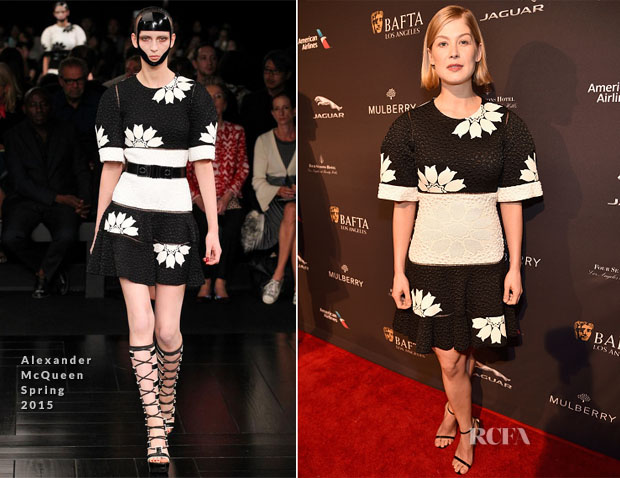 This is quite an interesting silhouette for the actress with the quarterback shoulders, and the look is much improved without the runway belt.

The key to Rosamund making this look work for me was the simple styling which included Jimmy Choo ‘Minny’ sandals. The dress is so detailed it needed little else.