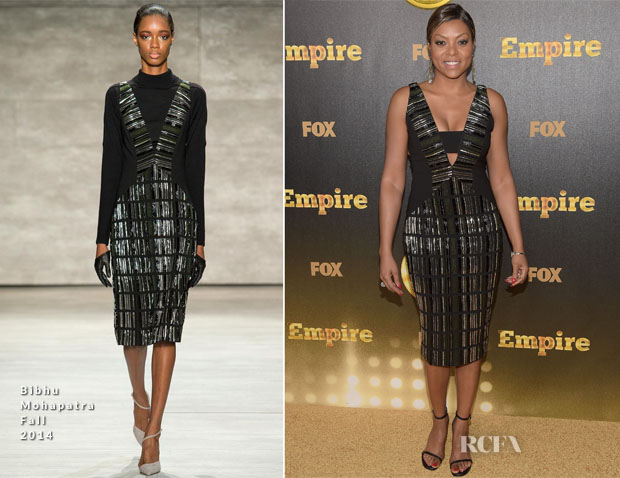 Taraji P. Henson joined Naomi Campbell on the red carpet for the premiere of ‘Empire’ held at the ArcLight Cinemas Cinerama Dome on Tuesday (January 6) in Hollywood, California.

Having taken to the runway as a long-sleeve dress, Taraji flips the switch and gives this Bibhu Mohapatra Fall 2014 frock an outing sans high-neck sweater, revealing a sexier deep V-neck beaded creation.

With the neckline so deep, rather than running the risk of a nip slip she added a black bandeau to the frock, with additional styling including Stuart Weitzman ‘Nudist’ sandals and a selection of jewels.

While I’m not a fan of the nude lip here, I do love the way Taraji made this look her own.

Ilana Glazer In Bibhu Mohapatra & A...