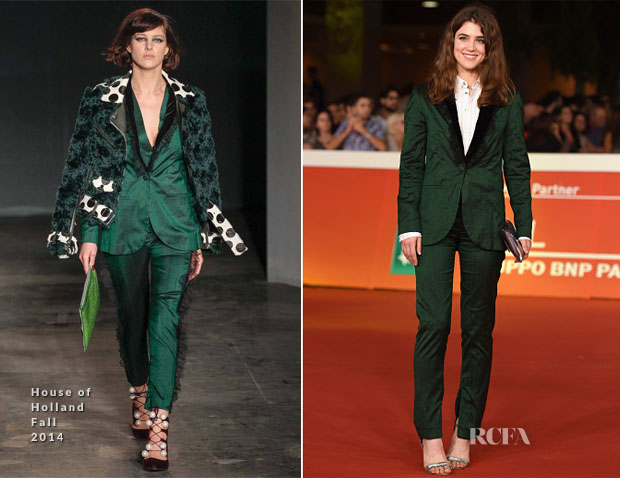 The British actress wore a House of Holland dark-green shantung suit with a white pleated collar from the Fall 2014 collection.

I’m not sure how the suit became so crushed, but for some strange reason it kinda works as it looks intended rather than scruffy – but I may be alone in that opinion.

Styled with a clear purple clutch and unteased tresses, I am missing the tulle-trimmed trouser detail we saw on the runway.

Harpers BAZAAR, The Outnet.com And The ...