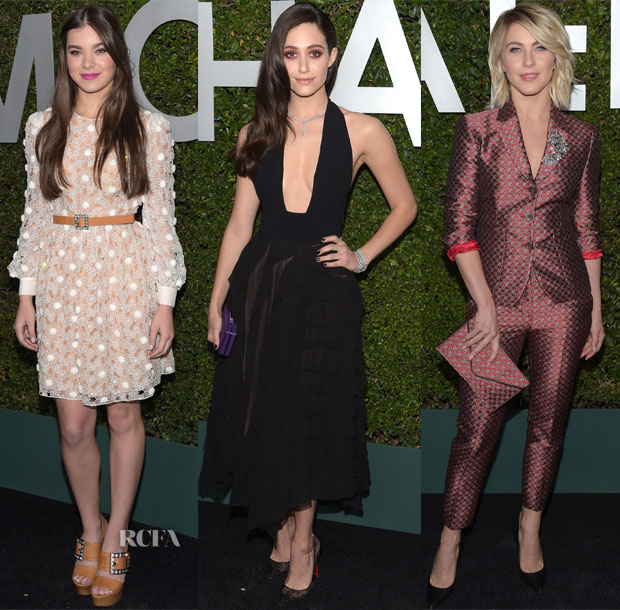 Hailee Steinfeld: The young star, who was just in Paris for the Miu Miu Spring 2015 show, wore a pretty white lace Michael Kors Resort 2015 dress. I love the tan-coloured accessories, which complemented the lining of her sheer dress, and the contrasting fuchsia lip adding a punchy flourish to her look.

Emmy Rossum: Giving us a sultry vixen look, the ‘Shameless’ actress ensured that all eyes were on her wearing a Michael Kors Resort 2015 plunging chiffon frock with a tiered ruffle skirt. Vamping up the look with kohl-rimmed eyes, a purple MICHAEL Michael Kors ‘Elsie’ clutch added a pop of colour, with her embellished Louboutins adding a touch of sparkle.

Julianne Hough: I keep going back and forth with Julianne’s look. On the one hand I love her Michael Kors Resort 2015 printed cropped suit, but both the matching clutch and brooch detail feel like overkill. I am grateful she didn’t go one step further and wear the matching printed pumps. 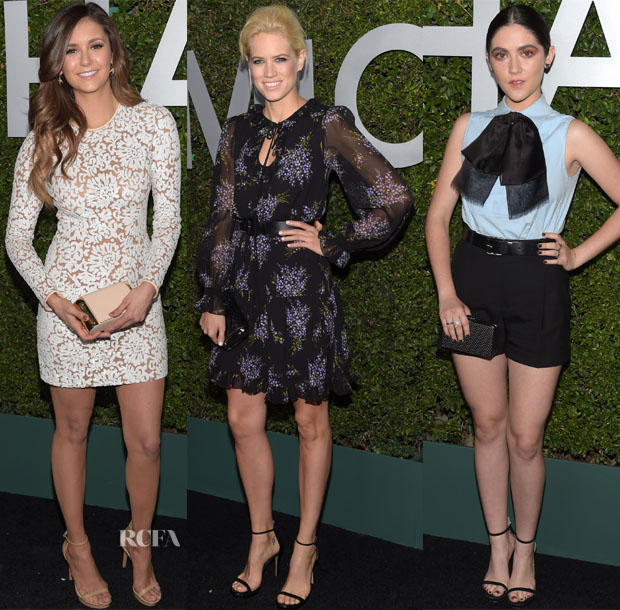 Isabelle Fuhrman: Like Julianne, the young actress opted for chic separates, donning a blue sleeveless top with the Pre-Fall 2014 black bow spotted on Kristen Wiig. I love Isabelle’s fresh take on this look with the shorts and all-black accessories. The jury is still out on the eye makeup. 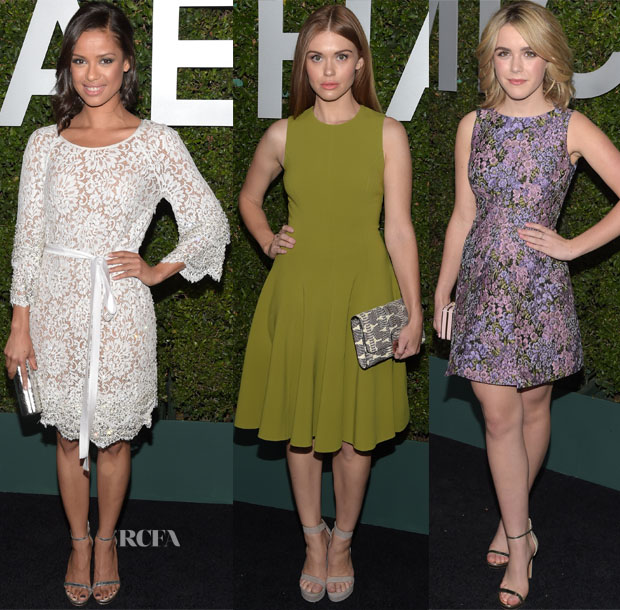 Gugu Mbatha-Raw: Like Nina, a pretty lace dress was Gugu’s choice for the night; however, hers was a prettier, looser fit, with silver accessories giving the look a touch of glam.

Holland Roden: With so many actresses wearing summery dresses from the Resort 2015 collection, Holland stood out with her olive-green fit-and-flare season-appropriate dress. The clutch and shoe combo complement the look with finesse; however, I would’ve belted the dress.