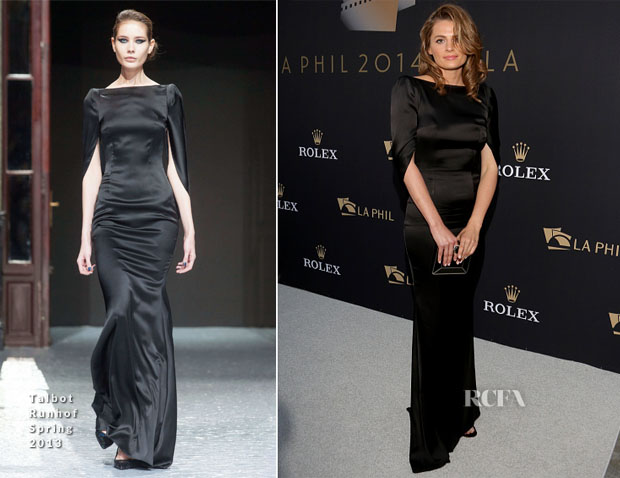 I was simply floored by her Talbot Runhof Spring 2013 black silk satin gown paired with a black Ferragamo clutch.

But you don’t like head-to-toe black, I hear you cry; well, am I swept away not only by the glamorous nature of the look, but also by the sexy draped back adding a subtle hint of allure to this look.

We don’t often see the ‘Castle’ actress on the red carpet, but she never disappoints.

Are you as swept away as I am?