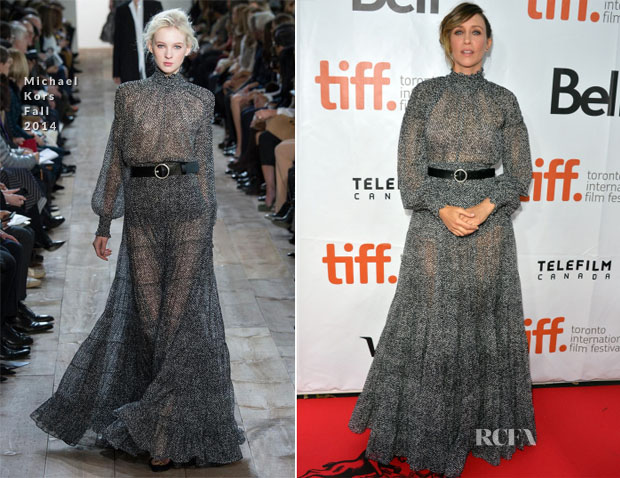 The actress wore a slate-grey Michael Kors tweed-print blouse and skirt accented with a black belt from the Fall 2014 collection.

This look took a while to grow on me but now I love how the sheerness of the fabric adds a hint of feminine allure to this covered up look, preventing it from feeling too stuffy.