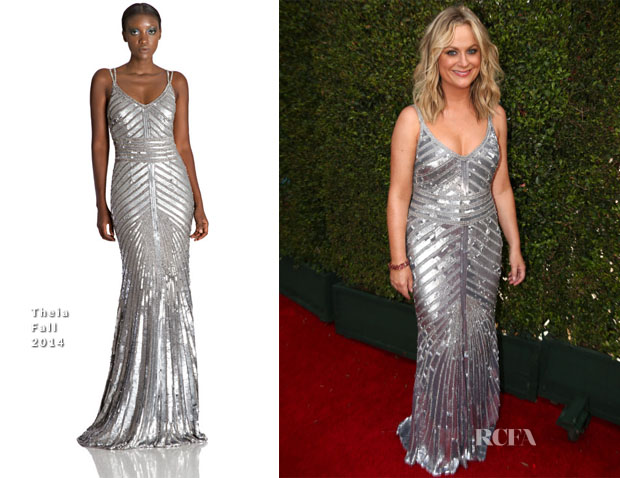 The ‘Parks and Recreation’ funny girl and best actress nominee pulled no punches with her Theia Fall 2014 gown.

She has 10 Emmy noms to her name, but has never won. That said, she’s definitely out to shine tonight in this silver sequined dazzler that would certainly be rather appropriate for an acceptance speech.

A careful, well-edited collection of Lorraine Schwartz jewels complemented rather than competed with her dress, which was much like jewelry in its own right. Breezily styled waves and nude makeup tones likewise were the right move here.

I’m already applauding her for elevating her more subdued style to this glittery standard.