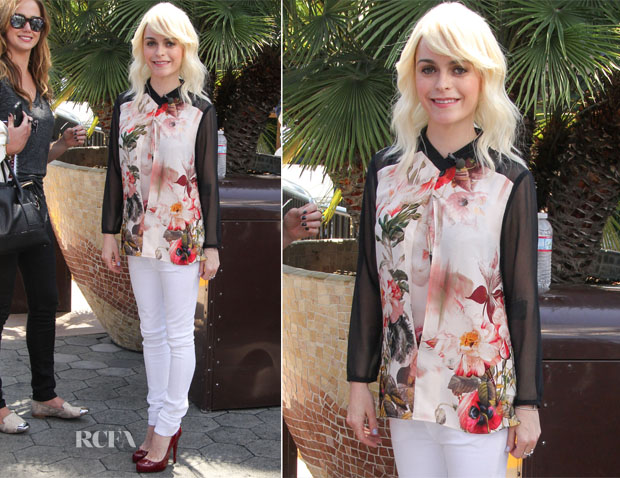 While her co-stars Laura Prepon and Taylor Schilling were in London to launch Season 2 of Netflix exclusive series ‘Orange Is The New Black’, Taryn Manning was doing the same thing on ‘Extra’ in Universal City, California on Wednesday (May 28).

The actress traded in her orange jumpsuit for something distinctly summery.

Her Ted Baker London floral blouse, which offers sheer sleeves for a touch of subtle sexiness, stands out here.

As do her crisp white jeans, which she styled with a pair of bold red heels to complement the hue on her blouse.

Posted by Catherine Kallon on May 30, 2014 In: Taryn Manning, Ted Baker