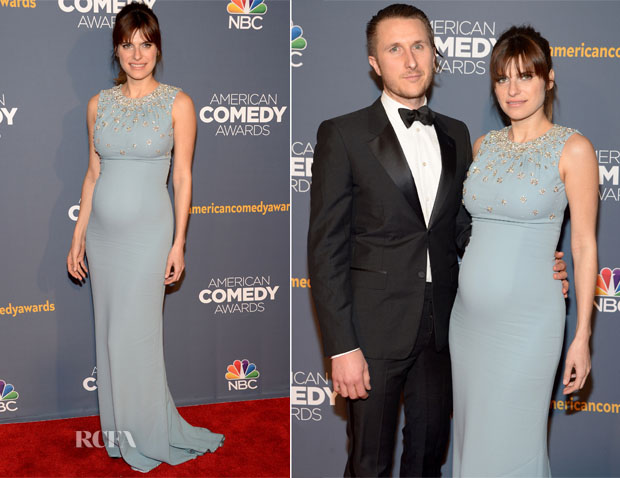 Wearing a fitted pale-blue Dolce & Gabbana sleeveless gown which showcases her burgeoning baby bump, this look proves that Lake’s maternity style is down pat after just a few outings.

Flattering, a delightful summery hue and a touch of sparkle. Where was this dress when Kerry Washington needed it for the SAG Awards.