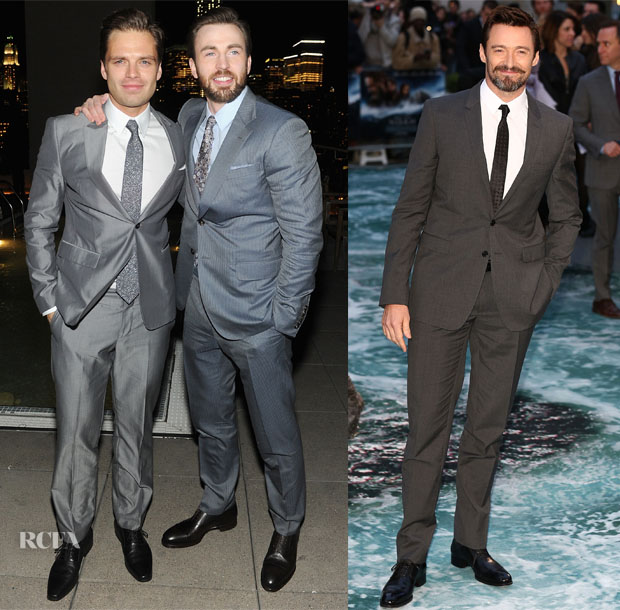 Across New York City, the men were out in force in support of two blockbuster films. Here, a glimpse at their looks.

Sebastian Stan: The Romanian actor was at the ‘Captain America: The Winter Soldier’ screening after party, hosted at The Jimmy at the James Hotel in New York City on Monday (March 31).  Working his own shades of grey, he paired the slight sheen of his suit with the shine of a long tie. 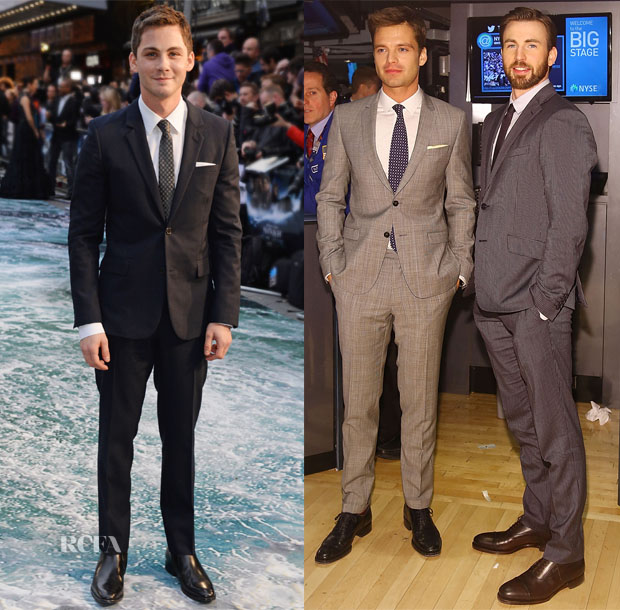 Logan Lerman: Also at the ‘Noah’ London premiere, Logan was adorably turned out in a Saint Laurent navy two-button suit mixed with a charcoal-grey printed tie. I just found this polished look so charming on him.

Sebastian Stan: After the ‘Captain America’ after party, Sebastian was back on the scene for the ringing of the opening bell at the New York Stock Exchange on Monday (April 1) in New York City. Going from gray to gray, he worked a different shade complemented by a blue check. A navy tie and black lace-ups completed his ensemble.

Chris Evans: Alongside Sebastian, Chris was handsome in an Etro navy suit with brown loafers at the NYSE.