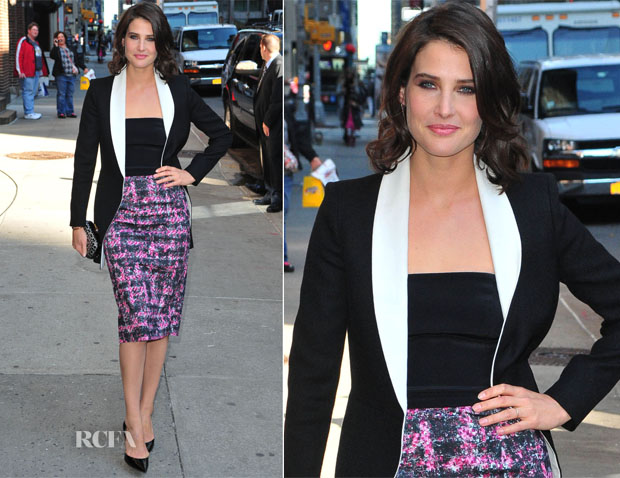 Cobie Smulders made a guest appearance on the ‘Late Show with David Letterman’ on Monday (March 31) in New York City.

The ‘How I Met Your Mother’ star talked about the big finale of the show (which aired on Monday night), wrapping after nine seasons and 200-plus episodes.

The strapless creation with a slim-fitting skirt was made more formal with a traditional black blazer which has been turned on its head with white grosgrain lapels.

Cobie Smulders Smolders In Red For The &...

Who Was Your Best Dressed At The Malaga Film Festival Closing Ceremony?