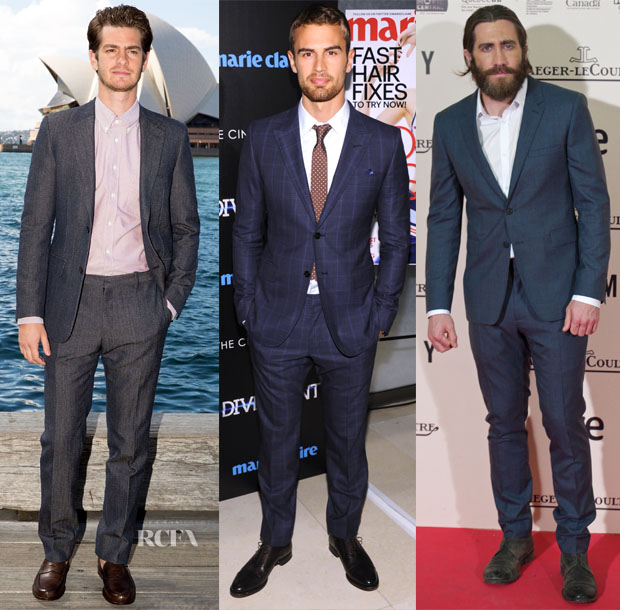 Andrew Garfield: The actor joined co-star/girlfriend Emma Stone for ‘The Amazing Spider-Man 2: Rise Of Electro’ photocall on Thursday (March 20) in Sydney, Australia. Having not lost any of his stylish instincts, he looked very dapper wearing a super-smart dark-denim suit styled with a mauve shirt and brown loafers.

Jake Gyllenhaal: Looking like he has spent a year in the wilderness, Jake took to the red carpet for the Madrid premiere of his latest movie ‘Enemy’ last night wearing sleek blue one-button suit with an open white shirt. He styled the look with battered boots that look like they have been in the wilderness for a longer period of time. 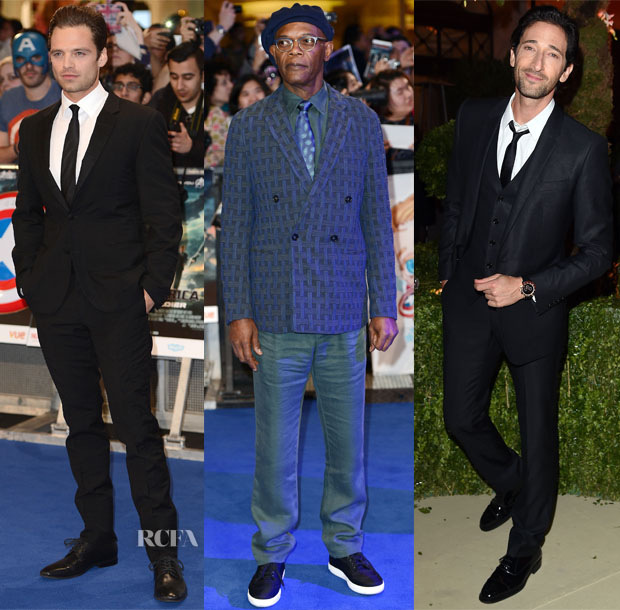 Sebastian Stan: Also at the ‘Captain America: The Winter Soldier’ London premiere, the actor moved on from the all-black look he sported at the LA premiere by adding a white shirt on this occasion.

January Jones In Topshop – 2nd Annual Rebel With A Cause Gala