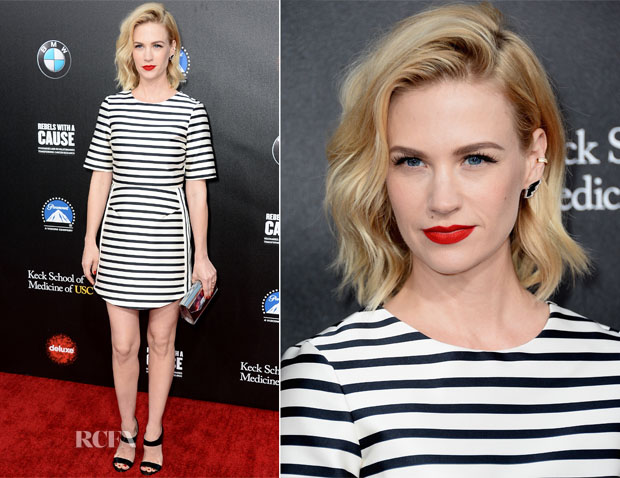 January Jones attended the 2nd Annual Rebel With A Cause Gala held at Paramount Studios on Thursday (March 20) in Hollywood, California alongside Anna Kendrick.

As spring has officially sprung there are two major options – florals or stripes. January reached for this structured nautical-stripes Topshop dress with a curved hemline, which was quite a directional choice.

Beyonce Knowles has also been spotted in this same Topshop dress. 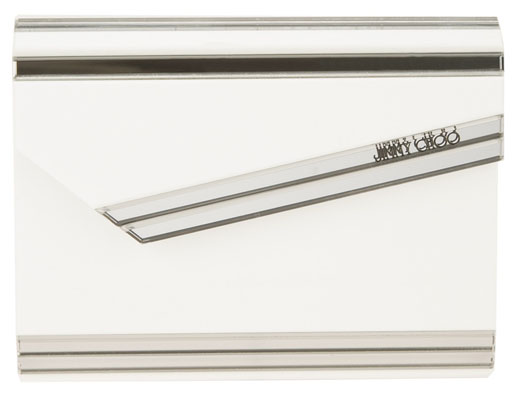 You can buy January’s Jimmy Choo ‘Candy’ Mirrored Clutch from farfetch.com US and farfetch.com.

Posted by Catherine Kallon on March 21, 2014 In: January Jones, Topshop