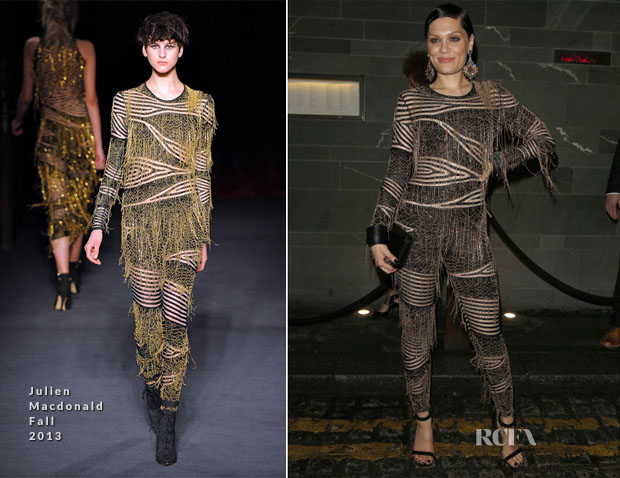 Going from bad to worse (even though it was not believed possible), she continued to drink the Julien Macdonald kool-aid, this time wearing another ill-advised black catsuit with gold fringed detailing from the designer’s Fall 2014 collection.

I read a funny article over at The Cut yesterday which surmised that the fashion was so bad at the Brits because all of their stylists have decamped to Milan for fashion week, so their clients are left to fend for themselves.

An interesting theory and one that, in this case, might be very true.