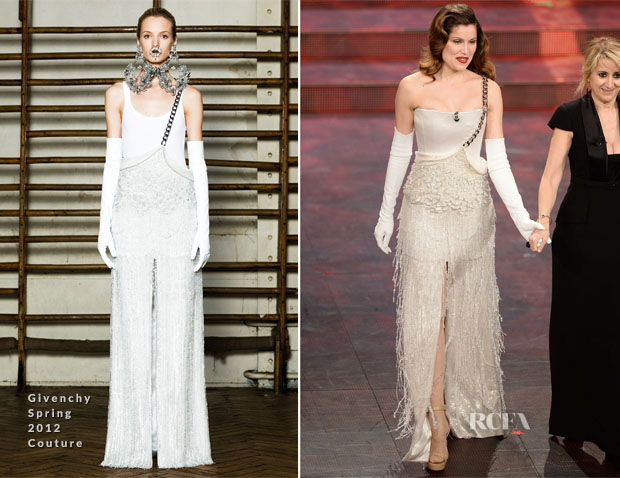 As expected, Laetitia Casta dialled up the glamour for the opening night of the 64th Festival di Sanremo 2014 held at Teatro Ariston on Tuesday (February 18) in Sanremo, Italy. 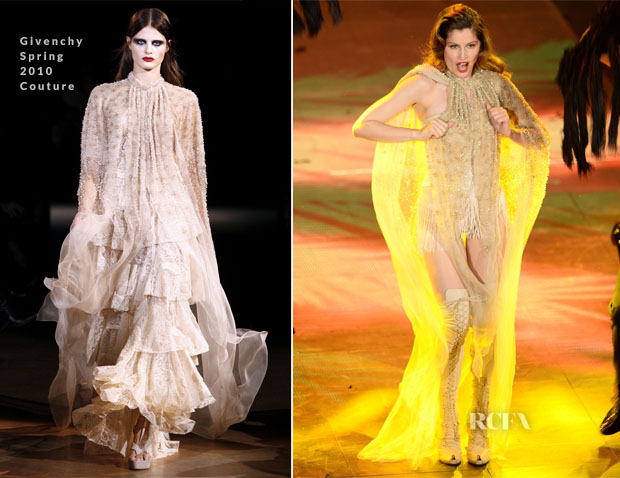 For her performance look, Laetitia went further back into the Givenchy Couture archives, wearing an elastic-panelled Spring 2009 Couture bodysuit modified with embroidered silk fringes to give the performance piece more fluid movement, with a beige cape embroidered with glass tubes and crystals from the Spring 2010 Couture collection; she styled the ensemble with leather thigh-high boots. 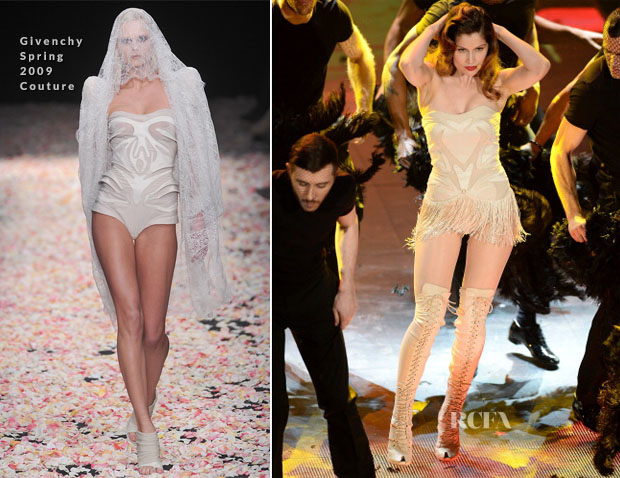 I love the neutral colour palette which allows her beauty to shine through. She’s sexy and glamorous all in one, without trying too hard but with enough razzle-dazzle to wow the audience.

The Next Designer For Givenchy Should Be...

Posted by Catherine Kallon on February 19, 2014 In: Givenchy, Laetitia Casta, Runway To The Stage