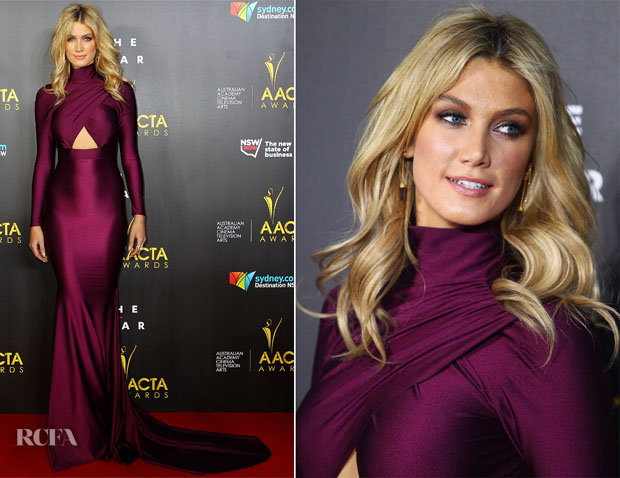 Delta Goodrem was also dropping jaws on the red carpet for the 3rd Annual AACTA Awards Ceremony held at The Star on Thursday (January 30) in Sydney, Australia where she joined Cate Blanchett, Lara Bingle and Elizabeth Debicki.

With the high neckline perhaps a chic bun should’ve been considered; however, the singer left her glossy blonde tresses to fall down her shoulders, with smoky eye makeup and a selection of gold jewels rounding out her look.