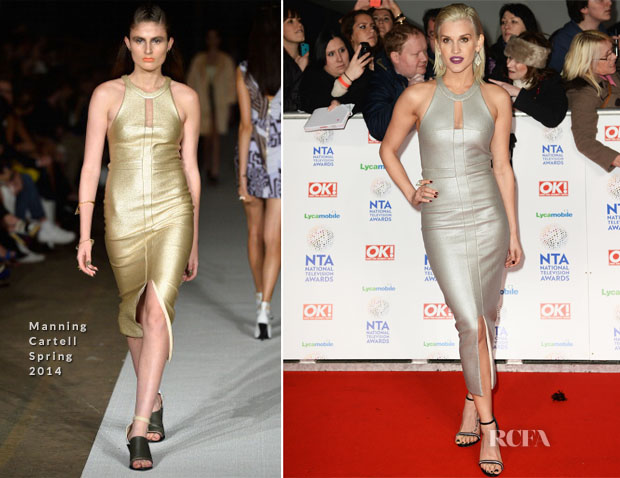 Wearing an on-trend metallic dress by Manning Cartell for the occasion, the TV presenter made a striking turn at the event.

Having seen Ashley in a mix of long flowing gowns and sexy mini dresses in the past, it was great to see her experiment with a new look.

Ashley is also one of the first stars we’ve spotted trailing the new season’s key metallic trend so cedit where credits due, but I can’t help but feel Ashley suits more feminine dresses rather than this directional turn.

Ashley’s mix of a dark purple lip and slicked back hair feels too severe. To be fair, it suits the modernity of the dress but a softer lip shade would have been much more flattering.

I do however love the combination of the midi length and split – it’s so much more sexy showing a subtle flash of flesh don’t you think?

Ashley Roberts In Vintage The Gathering ...