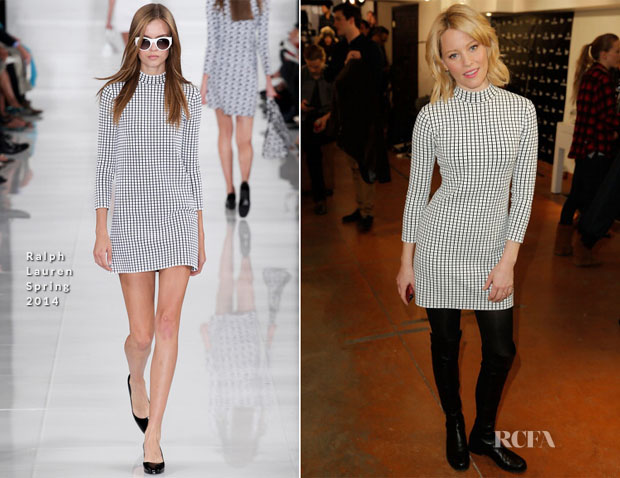 Elizabeth Banks has also been making the rounds at the 2014 Sundance Film Festival in Park City, Utah, where she was seen at The Variety Studio: Sundance Edition presented by Dawn Levy on Tuesday (January 21).

The actress, who was our Promo Tour Star of 2013, shifted into a mod direction with her Ralph Lauren Spring 2014 black-and-white checquered frock.

The graphic, mock turtleneck mini-dress had a distinct ’60s mood—even without the runway’s retro oversized shades.

The black boots, which have been spotted everywhere at Sundance, once again made an appearance, as she winterized the dress with an over-the-knee pair, along with black tights.

Adriana Lima In Bibhu Mohapatra – IWC Schaffhausen At The SIHH 2014