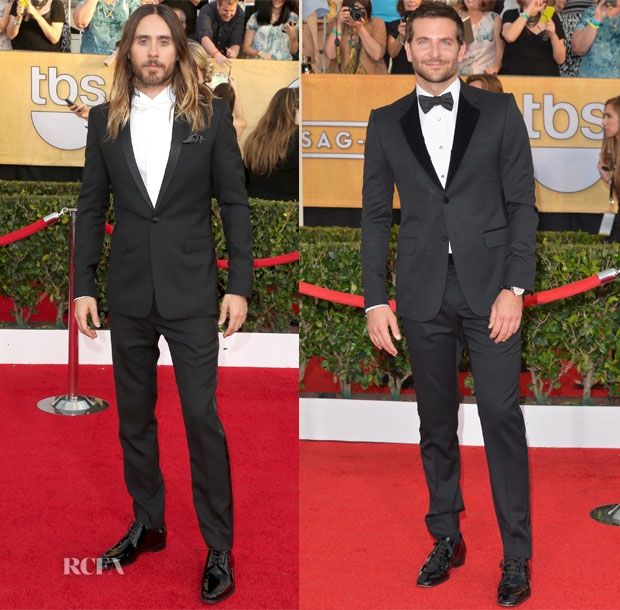 A host of stars came out to celebrate their peers at the 2014 SAG Awards, held last night (January 18) at The Shrine Auditorium in Los Angeles, California. Here, a roundup of the menswear looks we saw taking to the red carpet.

Jared Leto: The ‘Dallas Buyers Club’ star and outstanding supporting actor winner was ever so handsomely dressed up in a black Dior Homme narrow peak lapel suit, worn with a white cotton wing-tip shirt, a white cotton bow tie, and black patent-leather derbies. While his look was more refined than rocker, the white bow tie and those long ombre locks were the quirky notes that we can always expect with Jared. 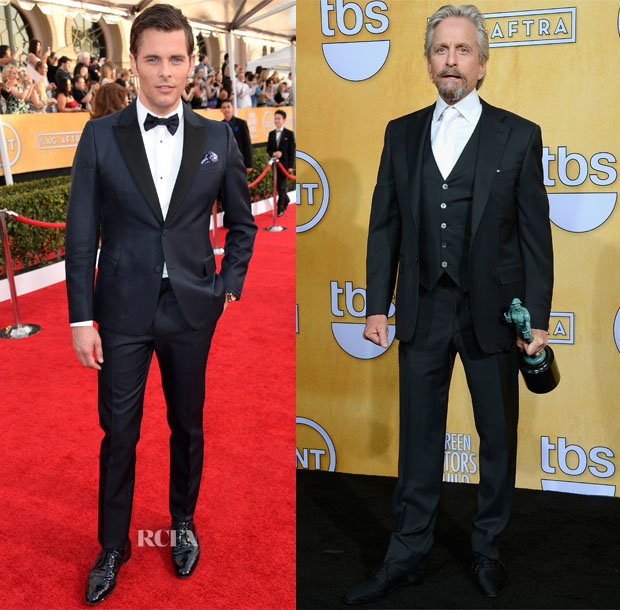 James Marsden: The ‘Anchorman 2: The Legend Continues’ stud continued to impress, this time in a dark navy Valentino tux with contrasting tonal lapels and a midnight-blue bow tie, and a lilac printed pocket square. Were you positively swooning?

Michael Douglas: The ‘Behind the Candelabra’ actor picked up his SAG trophy in a Canali dark charcoal, three-piece suit, paired with a white shirt, white tie and pocket square. 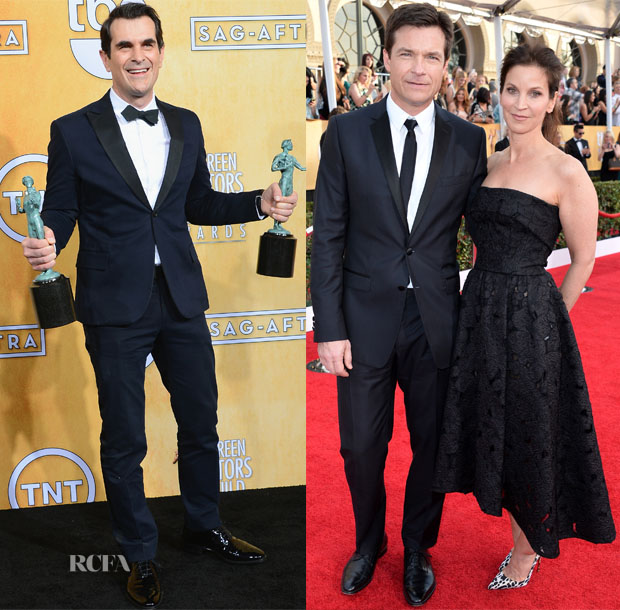 Jason Bateman: The ‘Arrested Development’ actor, who was accompanied by his wife Amanda Anka in a classically glam frock, also wore a midnight-blue suit by Dolce & Gabbana with contrasting notch lapels and a black tie. 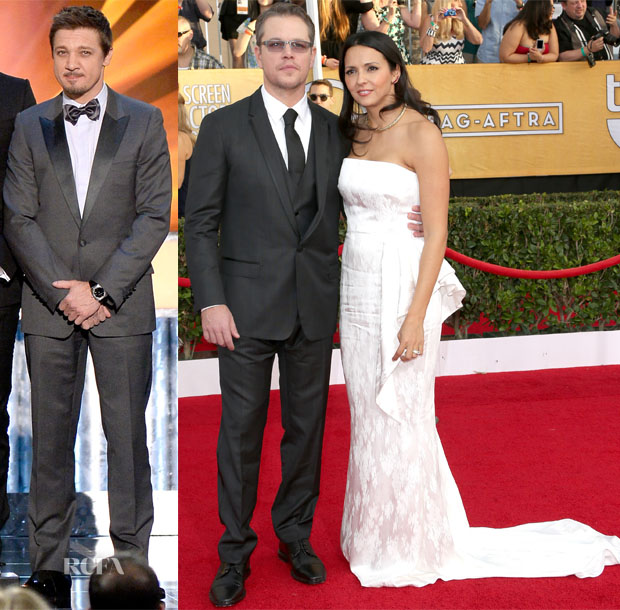 Matt Damon: Walking the red carpet with his Pamella Roland-clad wife, Luciana Barroso, the ‘Behind the Candelabra’ actor was dressed in a Dolce & Gabanna three-piece suit that simply didn’t seem to fit as well as I would hope. Did the tinted shades turn you off his look?

Who Was Your Best Dressed At The 2014 SAG Awards?