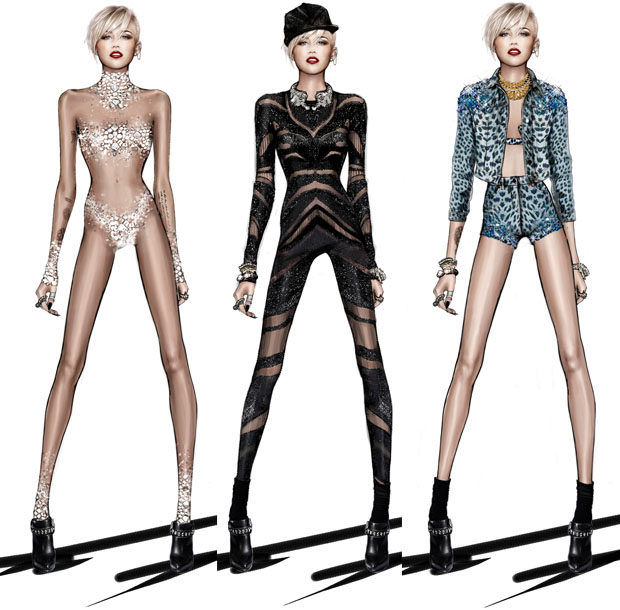 Beyoncé Knowles had the most extensive wardrobe for her ‘Mrs Carter Show’ world tour, with everyone from Riccardo Tisci for Givenchy, Peter Dundas for Emilio Pucci, Ralph & Russo, David Koma and many more providing her on-stage bedazzled costumes.

Kanye West was masked by Maison Martin Margiela and most recently Drake opted for custom Calvin Klein pieces for his ‘Nothing Was the Same’ tour.

The animal-print-loving designer created several looks specifically for her ‘The Bangerz World Tour’.

Other pieces include a black zebra patterned embroidered jumpsuit and a leopard print denim jacket paired with matching shorts and bra embroidered with blue dégradé crystals.

Interesting how even the sketches feature Miley’s tattoos.

Miley Cyrus: Back to Back Black