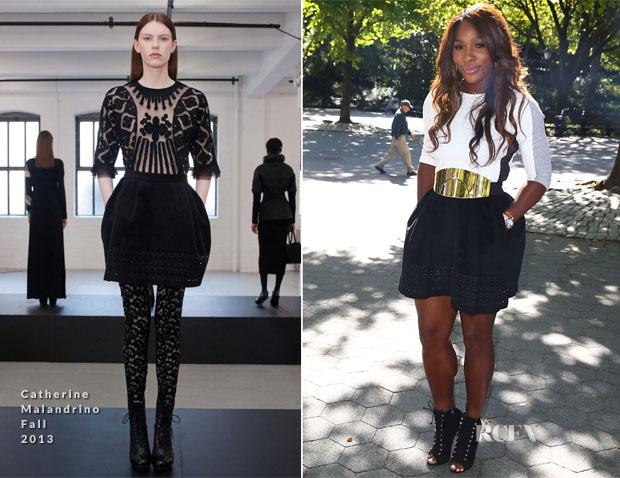 Serena Williams looked sensational following her 2013 US Open win on Monday while posing with her trophy in Central Park in New York City.

Taking a cue from prize-fighter boxers, she wore a gold Lanvin geometric cut-out belt, which looked like their championship belts, with her white-and-grey long-sleeved sweater and Catherine Malandrino wool skirt with cut-out details at the hem.

After playing in the sun for two weeks and aware of her tennis sock tan, she wore Giuseppe Zanotti open-toe ankle booties with gold tones to complement that belt.

Once again the hair and makeup are flawless. 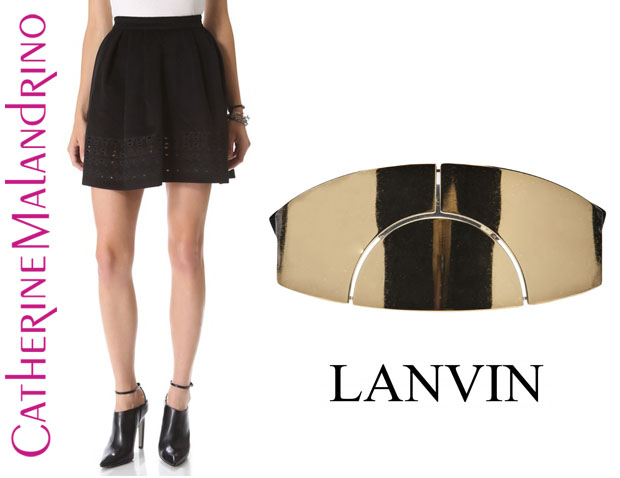