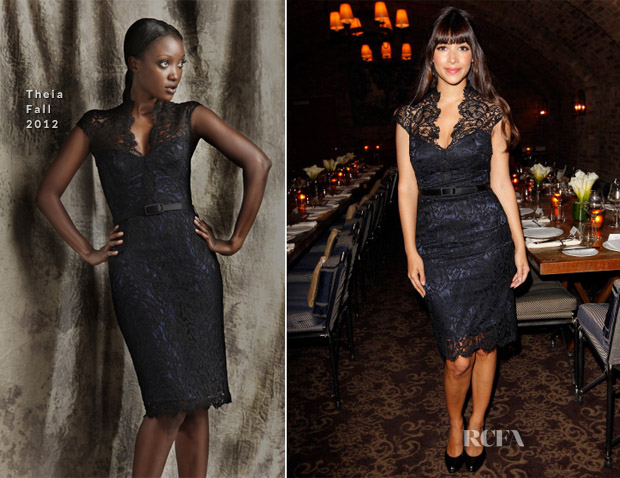 After wowing on the red carpet on Saturday evening at the 2013 Producers Guild Awards, Hannah Simone joined her ‘New Girl’ co-star Zooey Deschanel for the celebration of her Glamour February 2013 cover in LA yesterday evening.

Like Zooey, Hannah wore a lace dress, but her belted midnight-blue sultry frock was by Theia.

It would appear that she wore this Fall 2012 cap-sleeve chic lace dress with a V neckline as not to upstage the lady of hour, but I think she looks just as good Zooey.

A half-up, half-down hairstyle and black pumps completed her look. 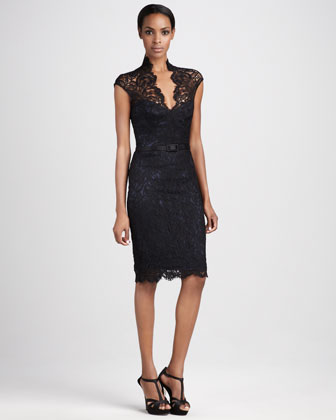 You can buy Hannah’s Theia dress from Neiman Marcus and Saks.com.