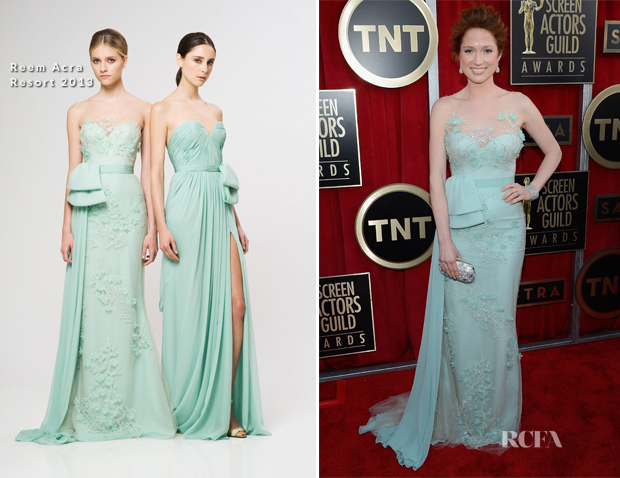 Featuring an illusion neckline dotted with dainty embellishment that swirled its way to the hem of the dress, the design held a subtle sparkle. More shine came courtesy of Neil Lane jewels.

A sash with an architectural mock bow edged up the princess-y power of this look and kept it from venturing too sweet. But I have a feeling this dress looked better in person than it photographed, as some of the engaging detail was lost.

The pastel color was nice with Ellie’s flame-red hair, which was swept back into an updo and accessorized with a jewelled hair pin.

It’s a shame about that unsightly zipper at the back.