The gorgeous piece from the designer’s Evening Collection was first worn by Gwyneth Paltrow to the 2012 Grammy Awards, then by Shalom Harlow, followed by Brooklyn Decker and Kira Miro, before making several other red carpet appearances in navy-and-white and all black around the world.

Katherine Jenkins was the only one to ruin the look by not wearing it with the gold waistband.

It even came in a shorter knee-length version which was just as popular. 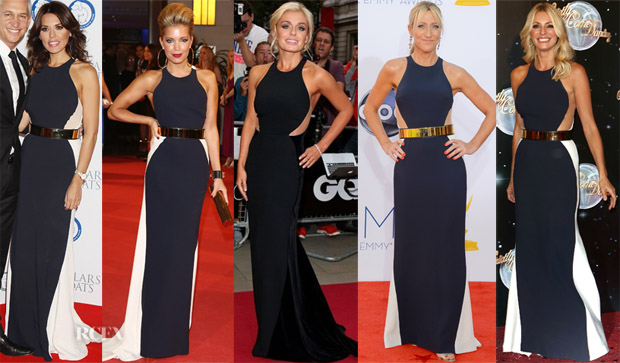 Posted by Catherine Kallon on December 24, 2012 In: Best Of, Stella McCartney Collection