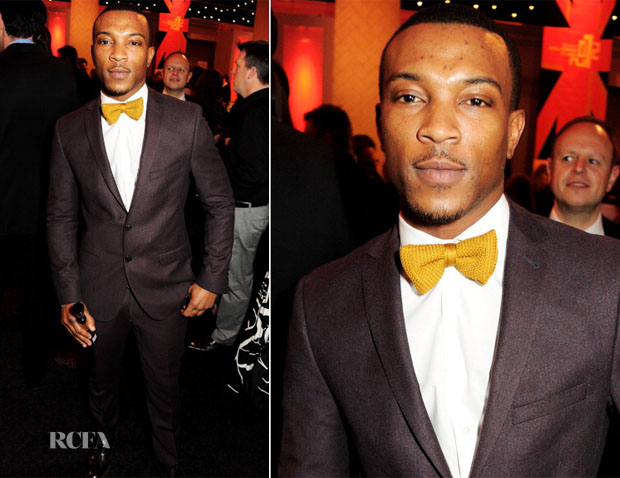 Wearing one of Britain’s quintessential brands, the skinny fit – also known as a ‘Camden’ fit – single-breasted wool two-button suit featuring notched lapels and two flap pockets was styled with a white dress shirt and a quirky mustard-coloured bow-tie, which complemented the rich hue of his suit.