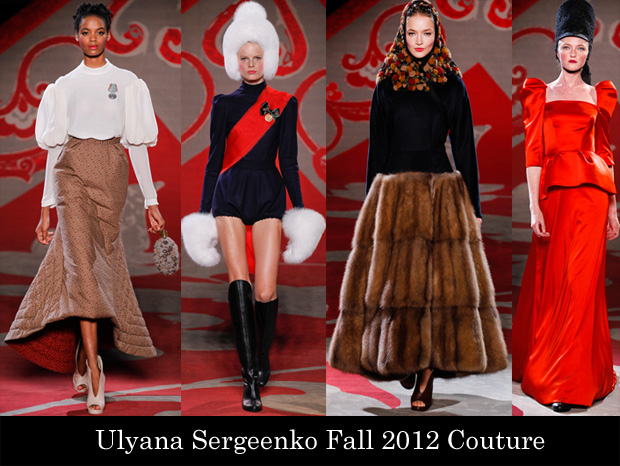 When I arrived at the Théâtre Marigny in Paris yesterday afternoon for the Ulyana Sergeenko Fall 2012 Couture show, I thought it was an outside presentation.

That’s because many of the beautiful women waiting outside to see the show were wearing pieces from the designer’s collection which included her signature voluminous printed maxi skirts worn over a knit sweater and signature head scarves or wool hats.

With a line-up of top models, the show started with a military-style coat before moving onto the designer’s signature look I mentioned above.

The Russianness came through via the accessories, which included military hats, lace helmet, medals of honour, military boots, babushkas and big furry hats. 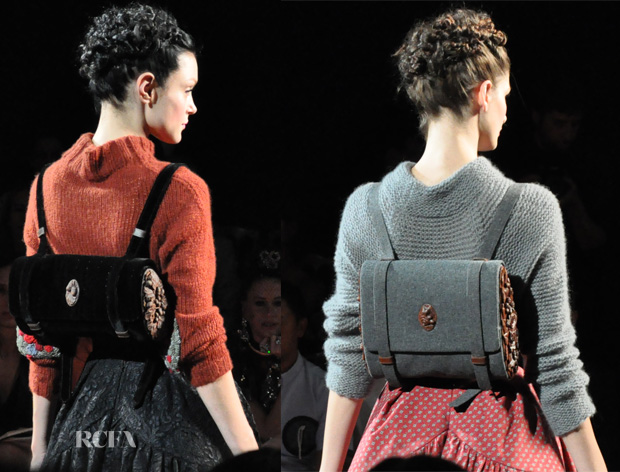 We saw a few evening looks. The bright red satin gown was the standout piece, but the pretty black lace dress was my favourite.

Natalia Vodianova, the Russian supermodel and a Ulyana Sergeenko client, fittingly closed the show in a floor-sweeping black coat styled with a floral embroidered tulle veil.

It will be interesting to see if the exposure of Paris Fashion Week will push Ulyana’s signature style into the mainstream.  Is Hollywood ready for a collection which mixes military, fantasy and femininity?